There are huge differences in the quality of service offered by energy companies to people generating their own electricity according to a new survey. Strong winners and losers emerged when renewable energy website YouGen asked people who have installed solar panels, hydro or wind turbines what they thought of their Feed-in Tariff (FIT) supplier.

The good news is that over half (62 percent) of respondents are happy with the service they receive, rating it as good (26 percent) or excellent (36 percent). The smaller, specialist companies stood out with both Good Energy and Ecotricity both scoring “excellent” from the majority of their customers. (The same was true for Green Energy and Utility Warehouse, although they had much lower numbers responding).

The clear loser is E.ON which was declared poor (37 percent) or diabolical (34 percent) by the 72 percent of its customers. Two thirds of the people who rated their FIT supplier diabolical are E.ON customers. Comments on why they gave that rating include:

“I’m still waiting for confirmation of my registration, 5 months after submitting it.”

“It took 9 months to get the first payment and then only after I took the matter to the regulator. They lost my registration, gave me a wrong FIT number and kept saying they would sort it out but never did.”

“EON have taken months to make payments and blame their updating of their systems. This has been going on for many many months and they are using this as an excuse for poor service. As someone who spent over £12,000 on. Solar system From EON I don’t expect to wait months for payments.”

The main reasons cited by respondents who rated E.ON’s service so badly was that it is slow to pay (86 percent) and that it doesn’t communicate when there is a delay (67 percent). A third of complainants also said that registration took a long time. Other complaints included that staff didn’t know what they were talking about, they were slow to answer queries and difficult to get through to on the phone.

When asked what are the key components of good customer service from a FIT supplier the top answers were: Reply to emails (81 percent thought it was vital) and knowledgeable staff (78 percent).

Slightly less important are prompt payment terms, although 70 percent of respondents claim to think this is vital. The remaining 30 percent said they were desirable (no one thought them optional!).

“This is the most fascinating bit of the findings,” says YouGen founder, Cathy Debenham. “We regularly get complaints about how long FITs suppliers take to pay, and the above answer indicates that it is important. Yet, the survey results reveal that most respondents don’t actually know what their payment terms are.

“Just three of E.ON’s customers said that payments exactly met its terms, compared to 82 percent who say they were slower. However, when asked how many weeks after the deadline for reading the meter does your FIT supplier pay you?, those three people all gave a different answer (6, 7 and 8 weeks respectively). The range of when they say they were paid goes from 2 weeks to 12+.

“There is also a disparity among Good Energy’s customers. 92 percent of people say payments met its terms, yet again stated payment time ranges from two weeks to 12+. This is surprising as the company pays 10 weeks after the meter reading, and communicates the dates clearly to customers. These disparities lead me to believe that, although people complain a lot about slow payment, it isn’t actually the defining aspect of service that influences how people rate a FIT supplier. E.ON and other low scoring companies need to concentrate on the basics: knowledgeable staff and a prompt response.”

People who are dissatisfied with the service they receive can switch FiT suppliers They do not have to use the energy company that they buy electricity from. 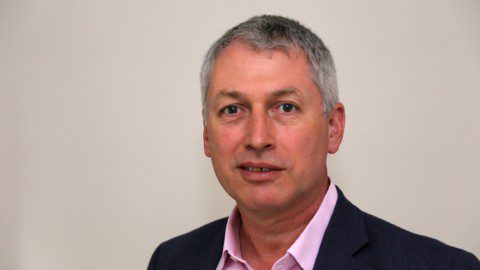