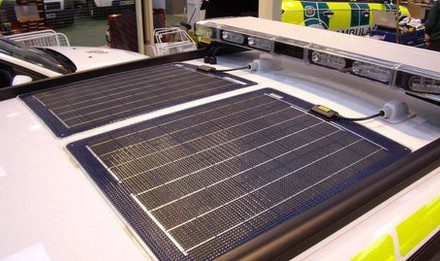 Ambulances from southern England have become the first in the UK to be fitted with solar panels.

Following a nine month trial, South Central Ambulance Service has given the go ahead to fit with 36 vehicles with PV to power secondary batteries.

This will avoid the previous need for ambulances to run idly in between emergency calls in order to keep equipment such as defibrillators fully charged.

Brian Miller from South Central Ambulance Service told the BBC that it would cost £34,560 in total to fit the vehicles but that the investment would reduce running costs by approximately £50,000 over the next five years.

He said: “Reducing the carbon footprint is a national NHS objective and we identified at an early stage the potential of solar power.

“Significantly, it saves a vehicle having to be off the road for around three hours each year to have its secondary battery replaced.

“We’re proud to pioneer the initiative as people are watching the outcome closely to see what the benefits are to patients.”

With 20 years’ experience in solar, Vital Energi’s pre-construction manager, Giles Barker, shares his experience on how solar technologies provide…
3 min read
Mar 22nd 2021
We use cookies to ensure that we give you the best experience on our website Close