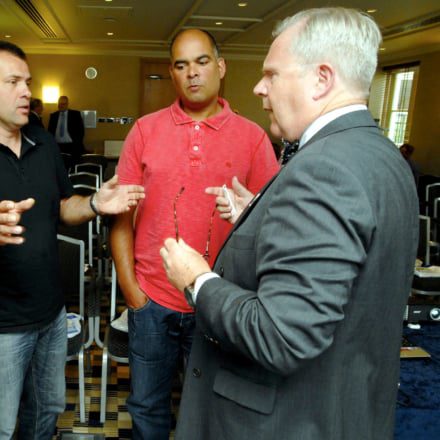 Plumb Center has heralded in its series of Green Deal open days as a success as installers flocked to the events held nationwide in association with NAPIT and Sevenoaks Energy Academy.

Intensive sessions were held throughout August to guide installers who wish to become authorised Green Deal Installers to gain accreditation.

“We’ve had a great reaction to the open days at all four venues. There’s a genuine interest in Green Deal but also a great deal of confusion, which I hope we’ve been able to dispel,” said Plumb Center’s head of sustainability Tim Pollard.

“The interest has been such that we’ve filled these events by word-of-mouth through local Plumb Center branches. This confirms our belief that small heating insulation businesses will be key to the success of Green Deal.”

He added: “These open days have given our customers a clearer picture of what’s involved in Green Deal. It also gave them plenty to think about in terms of how they will be involved in the scheme.”