The firm has developed a domestic scale heat battery that stores heat energy using low-cost, renewable off-peak electricity. It performs exactly like a gas boiler, releasing heat when required to power a home’s heating and hot water, yet is entirely zero carbon, and requires no home efficiency retrofit to work.

It is ideally suited to more than a million UK homes that are hard-to-heat and off the gas grid and currently reliant on highly polluting fuel oil or LPG. The firm has already begun taking significant numbers of pre-orders for 2022 and beyond – and has employed eight new staff to help meet demand.

Off-grid homes are amongst the highest polluting in the country – four percent of the UK housing stock yet generating eleven percent of the UK’s carbon emissions from residential heating. They are hard to decarbonise as they tend to be larger, older homes – which are expensive to insulate sufficiently to accommodate alternative technologies such as a heat pump.

The rollout of the twelve-home project, which will be completed by Christmas, is being supported by the BEIS Energy Entrepreneurs Fund (EEF), a competitive funding scheme to support the development of technologies, products and processes in energy efficiency, power generation and storage.

Commenting on the trial Caldera CEO, James Macnaghten, said: “We are delighted to have been chosen by the Energy Entrepreneurs Fund. It was a highly competitive process and is a further vote of confidence in both our approach and the Warmstone technology we have pioneered.

“Our zero-carbon heat battery has been purposely designed to operate just like a boiler so there is no need for expensive retrofits. Because of this we are already taking a significant number of pre-orders from homeowners across the country keen to decarbonise their homes and get off oil and gas, yet unable to make the economics of alternative technologies such as heat pumps, work for them.” 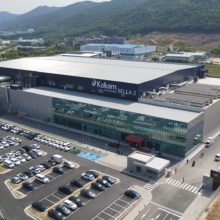