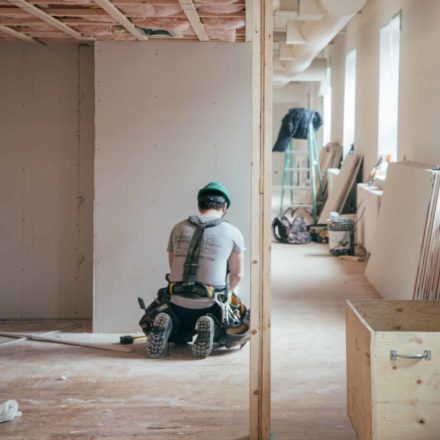 Ireland’s residential retrofitting programme should ensure ventilation is carefully considered to avoid an increase in levels of radon gas in homes, researchers at NUI Galway have found.

A team from the University’s School of Physics conducted one of the first studies of its kind to quantify the impact of improved energy-efficiency and airtightness on radon – a radioactive, odourless, colourless and tasteless gas. Considering Ireland’s target of 500,000 homes to be retrofitted by 2030, the physicists used advanced computer models to predict how radon levels would be affected by improvements within different types of dwellings.

Overall, it showed that if appropriate ventilation measures were not considered during the retrofitting process, there is a potential for radon levels to more than double. However, the study also showed that when appropriate ventilation measures were implemented during the retrofit process, radon levels could be reduced below the initial levels.

The study was carried out by Dr James McGrath and led by Dr Miriam Byrne, both of NUI Galway, as part of research funded by the Environmental Protection Agency (EPA). It has been published in the international journal, Building and Environment, a leading research journal in the field.

Dr McGrath, of the School of Physics, NUI Galway, said: “It is important that in our drive to make our buildings more energy efficient and reduce greenhouse gas emissions that we do not introduce additional risks of negative outcomes.

“The research findings highlight that radon, and indoor air quality overall, needs to be given due consideration as a key element of any proposed retrofitting works.”

Ireland has a higher radon level than the global average. The gas is a known carcinogen. It is the second leading cause of lung cancer in Ireland and is linked to approximately 300 lung cancer cases every year.

Dr McGrath added: “The results have important policy implications, highlighting that radon needs to be given appropriate consideration during the retrofit process. It is essential that people realise radon is only a problem if ignored. Radon remediation methods are often straightforward and inexpensive with the potential to significantly reduce levels of what is a potentially dangerous gas.”

The NUI Galway research team also noted that the only way to ensure that a home does not exceed the reference level after energy improvements is to carry out a radon test.