The Gas Users Organisation has branded the government’s commitment to move from gas to heat pumps as ‘premature’ and ‘prohibitively expensive’. This comes on the back of the recent Future Homes Standard consultation, in which the government outlined a heat pump orientated future: “A low carbon heating system will be integral to the specification of the Future Homes Standard and we anticipate that heat pumps will become the primary technology for new homes.”

In a recent press release, the Gas Users Org. stated that the UK will not have enough zero carbon electricity until 2040 to power heat pumps and they would cost an estimated £16,400 more per household to change, as Andrew Newman, technical director of the Gas Users Organisation, explains: “We all agree that climate change is a real problem and needs urgent action. But the UK government is not giving due regard whether their policies are achievable in engineering terms, and whether the costs passed on to UK consumers will actually make a significant difference, when other states, like China, Russia and India are not making equivalent changes. The UK is responsible for just over 1% global emissions, compared to 28% from China.

“The installation of heat pumps systems is prohibitively expensive. A recent government report set out typical costs for heating systems for new build houses, this was around £5,400 for gas, but a whopping £21,550 for an air source heat pump. The lifetime of a heat pump is similar to a gas boiler, so they would need replacing every 10 to 15 years. Although heat pumps are an efficient form of electric heating, because of the difference in price between gas and electricity, the majority of households would face higher bills.

The Committee for Climate Change’s own estimate is that the UK will not be approaching zero carbon electricity until 2040. So there needs to be real caution in any plans that, for example, seek to remove gas from people’s homes and move to electric heat pumps. Such a move would be rash and premature, because not only would the heat pumps consume electricity, that would not be from zero carbon sources, but any such move would cost consumers dearly.”

Putting our efforts into hydrogen

The potential for hydrogen to effectively replace natural gas in our network has been a much-discussed technological advancement that continues to make strides forward, but is still unproven at scale. It does, however, offer a host of potential benefits, as Andrew is keen to point out:
“The UK has a very exciting opportunity to keep our existing gas network but switch to zero carbon hydrogen. A premature switch to heat pumps in new builds will impact the commercial viability of hydrogen, and close down that option, which is preferred by consumers as it involves lower costs and less disruption. Instead of promoting heat pumps, the Ministry of Housing should throw its weight behind all new builds fitting hydrogen ready gas boilers.”

The cost to the consumer

Andrew is also keen to highlight the potential costs that the British public may have to swallow for such an ambitious change to our heating model and whether it is worth it, or indeed, even possible:
“Unfortunately, the government’s model is that consumers are expected to pay for decarbonisation. This is why we urge caution from the government when they are loading more and more costs on consumers.

“UK consumers should not be paying through the nose for expensive measures that will only make a marginal difference to greenhouse gas emissions on a global scale.

“The UK also lacks the manufacturing capacity to switch to heat pumps for new builds. Current housing new builds is running at an annual completion level of 177,980 units, but there is only one UK manufacturer of Air Sourced Heat Pumps, Mitsubishi in Scotland, with a capacity of 3000 units per year. Almost all gas boilers fitted in the UK are built here, so we would be closing a successful UK manufacturing sector to import an inferior overseas product.”

What do you think? Should we back heat pumps now, or place our trust in a hydrogen-centric future? Let us know. 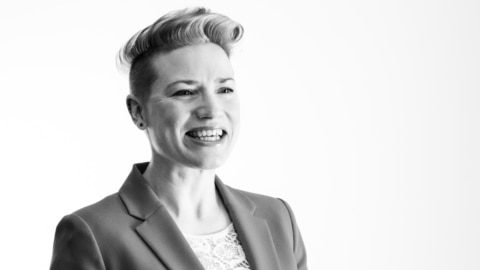