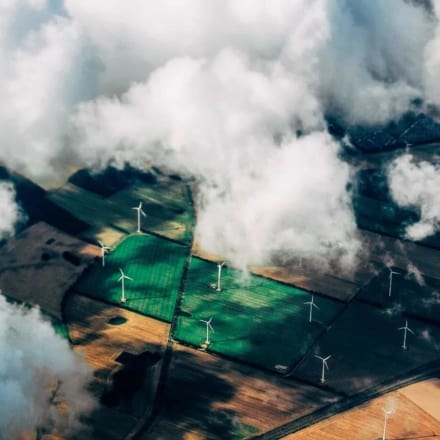 Just a few days after the US officially withdrew the Paris agreement, newly elected president, Joe Biden, pledged to enter them back into it immediately, whilst also committing a colossal $2tn investment to a ‘green recovery’. Even prior to his election share prices for the solar/wind energy company NextEra exceeded the market value of oil giants ExxonMobil and Chevron signalling a shift in the zeitgeist.

Susanne Baker, the associate director for Climate, Environment & Sustainability at techUK spoke with Renewable Energy Installer about the ramifications of this huge cash injection. “Investment in renewables at the scale Biden has suggested will not only help to further improve the competitiveness of renewables against coal, oil and gas, it will inevitably stimulate much needed energy market and smart grid innovation. Strengthened political will, flows of capital and innovation focus, will inevitably ripple through low carbon markets across the globe, including the UK.”

The ‘ripple’ effect was also highlighted by climate scientist and former Clinton White House adviser, Paul Bledsoe, who, in an interview with the Guardian, suggested that Biden’s approach could force the hand of other countries to up the ante in meeting climate goals. “Biden intends to reanimate the Paris process and much else, likely committing the US to a zero net emissions goal by 2050, while focusing on more aggressive 2030 targets, not just for the US, but by compelling China and other emitters towards more serious 2030 goals.”[1]

It will be interesting to see how the new president’s plans play out in the East, as there has been a general feeling that the former administration’s energy policies were a major barrier to China increasing its own efforts in this field. In an interview with the BBC earlier this year, Li Shuo, an energy expert with Greenpeace East Asia, said;
“I think there is a feeling here in China that it is unfair for Beijing to move forward with its climate agenda at the same time as the US is moving backwards.” An April poll by Ipsos MORI also highlighted public appetite for such a change among the Chinese population, with 87% of those surveyed identifying climate change as serious a threat as Covid-19[2].

Benefit to the UK

Details of Biden’s plan are yet to be formalised, although technologies thought to be included are pipeline innovations, grid-scale storage, small modular reactors, net-zero buildings, carbon-free hydrogen, carbon neutral construction and carbon capture technologies[3]. As the UK looks to negotiate trade deals post Brexit, a renewable tech innovation race between two of the world’s superpowers is no bad thing and, as the US and China drive to be at the forefront of this burgeoning market, we will certainly see product quality and efficiency rise as prices fall. In turn, this will drive demand in the UK renewable sector, boosting jobs across the supply chain in Britain and the world at large.

It’s early days but the renewable future is bright under Biden.