The European Energy Centre (EEC-ECT) has been awarded Institute status by the UK Government following the distinguished work in providing accredited Renewable Energy training and research carried out in the UK and internationally.

The prestigious Institute status is only awarded to well-established organisations and bodies who deliver education of the highest excellence. In addition to training over 5000 individuals and companies around the world every year, the EEC-ECT holds a vital role in furthering the dynamic development of the Renewable Energy sector by organising round table events, seminars and knowledge-sharing activities in collaboration with the United Nations UNEP, including a jointly published journal with UNEP. The EEC also works closely with renowned researchers and leading universities around the globe.

Paolo Buoni, Director of the Institute, said: “We are honoured to be recognised as the first Renewable Energy Institute in Europe and in the Western Hemisphere. This reaffirms the excellent work that the EEC team has been performing over the past decades in Renewable Energy training and education all over the world. We are now excited to increase our activities with even further renewable energy training and knowledge-sharing for the benefit of the sector and society as a whole.”

The EEC-ECT would like to thank its partner organisations, lecturers, and EnergyCPD members and course participants for being part of and contributing to a remarkable journey so far and looks forward to sharing an exciting future ahead. 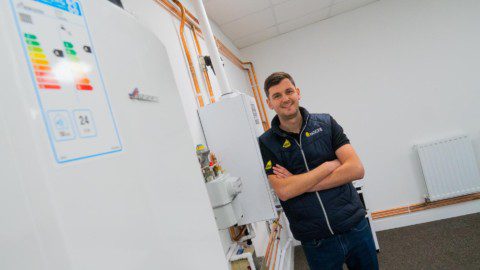 The National Gas Centre for Excellence (NGCFE) has opened the doors of its 6,000 sq. ft state-of-the-art centre in Featherstone,…
2 min read
Feb 24th 2021