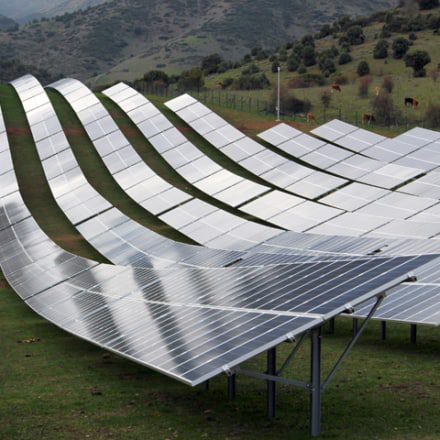 Following today’s Autumn Statement, the STA has highlighted that Chancellor Philip Hammond made no mention of climate change, the Paris Agreement or renewable energy.

Addressing Parliament, the Chancellor reconfirmed the Government’s commitment to tax breaks for oil and gas firms, to drive investment in those areas. However, there was no mention of removing the proposed business rates increase for commercial solar installations.

The STA believes only modest interventions are needed, including dropping the business rates hike, to unlock £1billion of investment in solar over this Parliament.

Paul Barwell, Solar Trade Association CEO, commented: “We welcome the additional funding for infrastructure & electric vehicles – a “smart” energy system will deliver enormous savings to business and consumers. It is also good news that there is no cut to the Carbon Price support, and we look forward to working with the Government over their emissions reduction plan and the future of the Levy Control Framework.

“However proposed business rate rises risk undermining an industry that is already adjusting to a low-support framework, and will make many systems uneconomical.”

The Solar Trade Association (STA) has been urging the Government to drop the solar tax hike1 for many months. The new business rates, due to be implemented in April 2017, will mean that companies and public sector buildings that supply themselves with solar power will see business rates on those installations increase six to eight fold.

This rate rise will not affect installations deemed “mainly export” where over half the energy is sold to a third party. Bizarrely this will mean companies with identical solar schemes could face an 11-fold difference in business rates payable on solar next year depending on ownership structure.

Leonie Greene, STA Head of External Affairs, commented: “Only the week after the UK ratified the Paris Agreement, the Chancellor made no mention of climate change. It is deeply frustrating at this point in time that we have to battle against a tax regime that is rewarding investors in fossil fuels over solar energy. Very modest intervention is needed to unlock a billion of investment in solar over this Parliament. The UK economy, as well as the climate, urgently needs this investment.”

The STA claimed the final ever Autumn Statement was a “light touch” that mainly signalled business as usual. It pointed out the UK is not on track to meet its emissions targets. To meet these targets, and the newly ratified Paris Agreement, the Government will have to use all levers available to reduce the nation’s total emissions and limit climate change.

It added: “This Chancellor’s first financial statement marks a missed opportunity to get a jump start on these goals.”