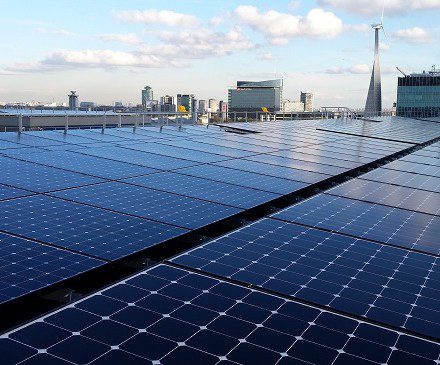 The UK renewable energy sector has continued to lose its appeal in the eyes of investors, dropping to a new all-time low in EY’s table of the world’s most attractive renewable energy markets.
Uncertainty caused by Brexit, the dismantling of the Government Department for Energy and Climate Change (DECC) and the approval of the Hinkley Point C power station have seen the UK fall for the first time to 14th place (from 13th) in EY’s Renewable energy country attractiveness index (Recai).
The approval of the 1.8GW Hornsea wind farm highlighted the offshore wind industry’s potential, but was not enough to keep the UK ahead of the likes of Morocco which has for the first time climbed ahead into 13th place.
Ben Warren, EY’s Head of Energy Corporate Finance, said: “Continued uncertainty around the Government’s energy policy has created a confusing picture for investors seeking a low-risk return.
“In addition to radical changes to its structure, the Government has decided to press ahead with investment in forms of energy that either don’t seem to have the public’s backing, such as shale gas, or have been deemed costly.
“With one more big decision, this time on the future of untested tidal lagoon technologies, expected in the coming months, the Government clearly believes that easy to deploy and cost efficient technologies such as onshore wind and solar are not the answer to the UK’s energy security conundrum.”
However, the emergence of the battery storage market offers the potential to boost investment, according to the Recai.
Warren said: “The last 12 months have seen a significant increase in investment in battery storage technology in the UK. The availability of contracts and continued research and development investments, particularly in the US, will continue to drive down costs and improve returns from investment in battery storage.
“No doubt there are still challenges to be overcome and questions to be answered around affordability and availability. But if the market is ready and willing to innovate, battery storage, coupled with renewables, can help improve reliability and consistency of output to create a far more attractive sector.”
The UK’s standing was at odds with other European countries which regained ground after falling behind emerging markets in the previous Recai in May 2016.
In the index top 10, France moved up one position to 7th as a result of the country’s plan to tender for 3GW of new solar capacity over the next three years. Construction of a factory to produce solar panels to pave 1,000km of road work is also currently underway in the country.
Warren added: “European countries lack the flexibility of emerging markets to transform their energy industries. Their greatest hurdle is integrating renewables with historically centralised conventional power generation. It began to look like European countries were scaling back their renewables ambitions as a result but, in recent months, we’ve seen promising new programmes materialise around the continent.”
Belgium, Sweden, Ireland, Norway and Finland also climbed further up the ranking of 40 countries. In Norway, work on a US$2.3b undersea tunnel to Germany offers a new wind-hydro storage opportunity between the countries. Germany, in addition to the United States, China, India and Chile, remained unmoved in the index top five.
Prior to uncertainty caused by the UK’s decision to exit the European Union, Europe experienced the greatest share of renewable energy green bond activity. A total of US$54.9b in renewable energy green bonds were issued in Europe since 2007, followed by North America with US$19.8b and Asia with US$4.5b.
Warren said: “The green bond market is enabling corporates, banks and development finance institutions to tap into enormous demand among investors for clean energy projects. In the last few years, we’ve seen significant growth in green bonds sold by issuers with plans to direct proceeds to environmental ends.”
Sixty-five percent of the proceeds of green bonds issued since the market’s inception in 2007 — or US$95.6b — have been channeled to renewable energy. As of July 2016, US$48.2b of green bonds had been sold this year. That’s compared to US$41.8b in 2015 and US$36.6b in 2014.
Warren added: “Green bonds currently serve to refinance existing projects for issuers and tick a box on the corporate responsibility agenda for investors. The ideal future state will see these financing vehicles used to bring new renewables projects to life.”