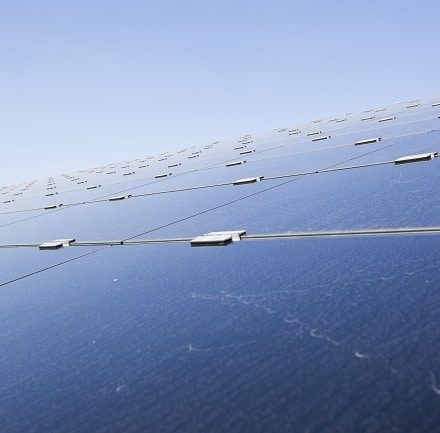 The UK’s first ever council solar bonds, issued by Abundance and Swindon Borough Council, have sold out a month early, setting a benchmark in innovation for local authorities to fund renewable energy and other infrastructure projects and boost the green economy.

Swindon Community Solar Farm is the UK’s first solar farm funded jointly by a borough council and bonds sold directly to members of the public. The bond offer, structured by leading peer-to-peer investment platform Abundance, opened on 24th February and closed yesterday, a month earlier than scheduled, after reaching its £1.8 million target. Swindon Borough council is co-investing £3 million to build the 5MW solar farm on council-owned land at Common Farm, Wroughton, near Swindon.

Bruce Davis, Managing Director, Abundance, said: “The success of this investment offer has really set a standard for local authorities looking to fund green infrastructure. We’ve had lots of inquiries from other councils interested in following Swindon’s pioneering lead. Energy is one area where local authorities have the power to make a difference, engaging and enabling their residents to take positive action and invest in a more sustainable future. We’d also like to see them going beyond solar and fund other infrastructure projects this way.”

The investment was structured to be open to anyone with a minimum of just £5 and offered an effective rate of return of 6% over its 20-year term. During the 3-month offer period it attracted an average of £18,000 in investment per day with one-third coming from the Swindon area.

Councillor Dale Heenan, Swindon Borough Council Cabinet Member for Transport and Sustainability, said: “We took a bold decision to create this community solar farm by offering the first council bond direct to the general public in over 100 years. It was a calculated risk to raise £1.8 million this way, but we knew there was an appetite from residents to invest in something with genuine environmental and community benefits. The fact that we’ve hit the target four weeks early proves how successful this project has been.

“All councils need to find new and innovative ways to fund the vital work that they do for their communities, and Swindon now has a template which other local authorities can follow. Embracing renewables will help Swindon Borough Council raise £1 million more in business rates and rent by 2020, which means £1 million more every year which can be spent on important local services.”

Construction has already started and the solar farm is due to be completed by the end of June.

The solar farm will help Swindon in its aim to install 200MW of renewable capacity by 2020, enough to meet the equivalent energy requirements of every home in the Borough. A Community Interest Company, wholly owned by Swindon Borough Council, will manage it. Sixty-five per cent of the distributable profits from the solar farm will go towards funding local community initiatives, with the remaining 35% going to the Council.

Revenues will be raised from selling the electricity generated, as well as support from the Feed In Tariff subsidy (FIT). The solar farm was pre-accredited for the FIT before government policy changes at the start of the year.

The Swindon Community Solar Farm was developed by Public Power Solutions, who structured the blend of public sector and community investment. It was given planning consent though Swindon Borough Council’s use of Local Development Orders, which speed up the planning process but still allow full public consultation.