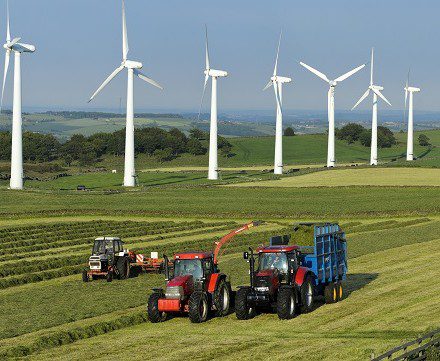 The number of Scottish businesses generating their own locally-generated renewable energy doubled in 2015, according to analysis of Renewable Heat Incentive (RHI) deployment data by Raggnar, the renewable energy provider.

Seven in every 1,000 Scottish businesses now use some form of RHI-backed renewable technology to generate their own energy. These technologies include solar thermal, ground source heat, and – most commonly – biomass, which can be used to cleanly and efficiently heat and supply hot water to business premises, generate electricity and power industrial heating, drying and cooling systems.

Demand for renewable heating systems also surged in Aberdeenshire during 2015. The number of accredited commercial RHI-backed installations increased by 163 per cent last year, as 143 more businesses started to generate their own renewable energy. This added 33 MW of additional renewable energy capacity in the area.

Nigel Perkins, CEO of Raggnar, commented: “2015 was a big year for the uptake of low-cost, locally-generated renewable energy by businesses in Scotland, with almost as many new installations and additional capacity as had been achieved in the three years that preceded it. We are seeing growing demand from community energy schemes and industrial users in particular, who can now use highly-efficient biomass technologies to become entirely self-sufficient on low-cost renewable energy, generate a rapid return on their investment from RHI payments and ensure a secure, long-term supply of clean power for even their most demanding industrial processes.”