The government has confirmed that the Renewables Obligation will be closed to new onshore wind developments from April 01 2016, a full year earlier than was expected.

A grace period is being offered to wind projects which already have planning permission and a grid connection offer, allowing an estimated further 5.2GW to be deployed.

Energy secretary Amber Rudd said the move was consistent with the government’s policy of making maturing technology viable without overreliance on public subsidy. She also stressed that enough projects have, or will, be built to meet the UK’s 2020 renewable energy targets.

However, industry reaction has been predictably fierce with many deeply concerned that a premature withdrawal of funding will not just cost investment and jobs in the green energy sector, but force up consumer bills as potential new onshore wind capacity is substituted for more expensive alternatives.

“The government’s decision sends a chilling signal not just to the renewable energy industry, but to all investors right across the UK’s infrastructure sectors,” said Renewable UK chief executive, Maria McCaffery.

“It means this government is quite prepared to pull the rug from under the feet of investors even when this country desperately needs to clean up the way we generate electricity at the lowest possible cost – which is onshore wind.”

Juliet Davenport OBE, founder and chief executive of Good Energy, added: “Today’s announcement will undermine growth, investment and jobs in a sector which is helping to introduce more competition and new players into the energy market.

“Onshore wind developers, including many British companies, have invested millions of pounds in good faith based on the government’s original timetable. This decision will bring further instability and uncertainty to investors and is transactional government at its worst.” 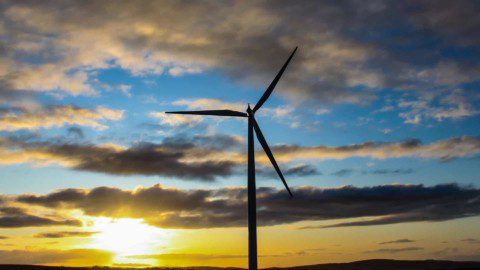