NAPIT has called on installers to throw their weight behind Green Deal in response to the Heating and Hotwater Industry Council’s (HHIC) comment on the Green Deal needing installer support to survive.

Although 162,096 assessments were lodged up to the end of February 2014, less than 100 homeowners have opted to fund energy efficiency using Green Deal finance, a figure regarded by most as disappointing.

Despite the doom and gloom most are seeing in the statistics, certification body NAPIT says there are positive signs to encourage installers and advisors to get involved.

Managing director of NAPIT Certification, David Cowburn, said: “The government’s Green Deal has yet to deliver the promise it held before its launch last year. However, there are plenty of opportunities out there to get involved. With tens of thousands of assessments being carried every month, the demand for energy efficiency measures is certainly out there and we would encourage installers and advisors to place themselves in a position to take advantage of the business that the Green Deal is generating and get behind the scheme to ensure its success.” 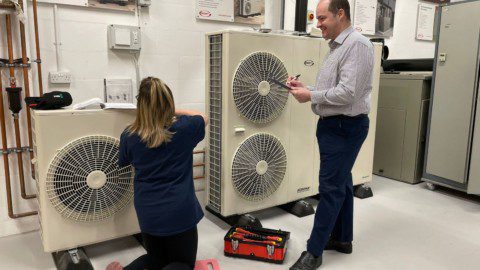