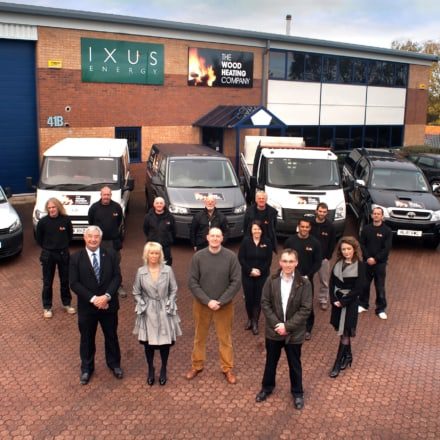 IXUS Energy has opened a new training centre due to demand it is experiencing for biomass training ahead of the introduction of the domestic RHI.

The Northumberland-based centre is said to be the only biomass training facility in the North of the UK equipped with boilers supplied by leading European brands Solarfocus and Effecta.

IXUS Energy says its training programme is aimed at individuals involved in selling, specifying or installing these boilers and the two day course structure encompasses both theory and practical training.

The first course is an introduction to biomass and covers areas such as boiler types, fuel storage, combustion and site surveys. The second course builds on this and includes system dimensioning, hydraulics and electrics, and fluing.

IXUS Energy’s biomass specialist, Mike Bleakley, said: “Tens of thousands of biomass boiler installations are expected over the next few years as a result of the government’s domestic RHI which will be introduced in April 2014. We already have installation partners across the country but we want to build on this – we’re aiming for national coverage by the time April comes around – there’s huge opportunity.

“As well as first-class training and impressive facilities our installers will benefit from national marketing and an attractive discount structure. We’re eager to develop relationships with all installers from those already experienced in biomass to those who are established in other technologies such as solar or LPG.”