Although the Feed-in Tariff, Renewables Obligation and Contracts for Difference will all remain unchanged,  the funding period for ECO will be extended by two years to 2017 whilst the Warm Homes Discount will be moved from bills to general taxation. Funding for the RHI will also remain unaffected as this is not levied on energy bills.

According to the government, the combined impact of these measures will be a discount of £50 for homeowners on the average annual dual fuel bill.

Most of the big six energy suppliers have confirmed that savings will be passed on to customers as a result of the extension of its funding for ECO. The cuts to ECO will see the number of solid wall insulation installations that energy companies are mandated to complete reduced to just 25,000 a year and the Carbon Emissions Reduction Obligation has been cut by 33 percent over the next four years.

To take up some slack in the energy efficiency market, Green Deal is to be improved in addition to the introduction of a new scheme for homeowners, landlords and public sector buildings.

The government will also increase the funds available to local authorities this year through Green Deal Communities from £20 million to £80 million, to help support ‘street-by-street’ programmes for hard-to-treat homes in a cost-effective way, and will keep the Green Deal cashback scheme open, which will protect jobs in the energy efficiency industry before the new measures take effect.

Although a cut in energy bills is likely to prove popular, prime minister David Cameron will face criticism for helping out homeowners at the expense of those in fuel poverty. The cuts in ECO will see less energy-saving measures installed in the most vulnerable households per year whilst the poorest are also unlikely to benefit from £1,000 discounts offered to homebuyers or an improved Green Deal.

YouGen’s Cathy Debenham said:  “While we are pleased to see that the elements of the Energy Companies Obligation aimed at low income and vulnerable households have been maintained, it is disappointing that the Carbon Emissions Reduction Obligation (ECO) is being reduced. This offers help for people living in homes with solid walls or hard-to-treat cavities. They often have the coldest and most expensive to heat homes, and very few people will be able to insulate without financial help.” 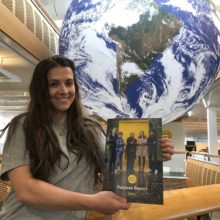 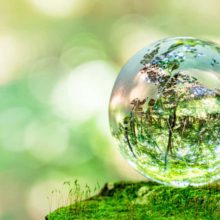