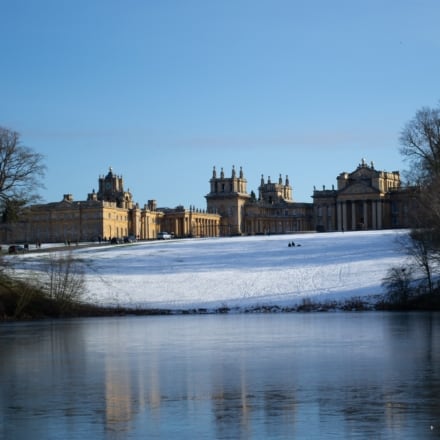 It will start with the development of a £180,000 micro hydropower scheme on the River Glyme this autumn. The scheme will generate enough clean electricity to power the equivalent of 18 homes – almost three times as much as Blenheim Palace currently produces from solar PV – and cut CO2 emissions.

The first Blenheim Palace micro hydro scheme will use an Archimedean Hydro Screw design which is expected to have a lifespan of more than 40 years. In its first 20 years, with the current scope of Feed in Tariffs, it is expected to generate an income of £12,600 per year. Based on current energy costs, which are expected to climb, the scheme will also save the estate at least £5,760 per year in electricity costs giving a net return of £18,000 or more per annum.

“By the end of 2013 we will be generating 82,000 kWh of clean power each year – 60,000 kWh of that will come from this single development with Hallidays. Next, we’re installing two biomass boilers and, we hope, will be unveiling a second hydropower development with Hallidays in 2014. It’s an exciting time to be investing in renewables – it makes sense environmentally and financially.”

Henry Reily-Collins, chief engineer at Hallidays Hydropower, added: “This exciting partnership is another ringing endorsement of Britain’s booming micro hydro industry and our specific vision for the future. The generating potential of Britain’s rivers is immense, the Environment Agency has identified several thousand potential hydro sites that will both improve the local environment and generate electricity.

“This first development is particularly important as we demonstrate we can install micro hydro in harmony with Lancelot “Capability” Brown’s stunning landscape, whilst at the same time enhancing the local habitat and environment. As one of the companies already contributing to the growth of the UK’s green goods and services market, we think the potential for British-engineered micro hydro both at home and abroad is phenomenal.”