Luton Town recently revealed its new kit for 2013/14 featuring the NICEIC name on the back of the shirt and shorts. This will be the fifth year NICEIC has supported the football club, which is local to its head office in Dunstable.

“We have enjoyed a great relationship with Luton over the last few seasons and we are only too delighted to sign up again,” commented NICEIC’s external affairs director Richard Pagett.

“In 2012 Luton reached the play-off final at Wembley and last season they made a great run in the FA Cup, beating Premiership side Norwich on the way.

“These achievements have really helped promote the NICEIC brand on television, in the national and local press not just across the UK but the world – even the New York Times – and we look forward to another successful season.”

As part of the deal NICEIC have also agreed to provide free career advice to Luton’s youth team squad on the skills required to become an electrician.

Many young footballers never go on to make it as a professional in the game and as part of its development and education programme Luton provide an additional careers service.

The Luton Ladies team will also carry the NICEIC’s ‘Jobs for the Girls’ logo on its training kit – a campaign that aims to encourage more women into the electrical industry.

Dave Hoskins, commercial manager at Luton Town FC added: “We have worked closely with NICEIC over the last five years and only recently NICEIC helped us source an Approved Contractor to carry out some maintenance on our floodlights.

“It has been a real partnership with benefits for both organizations and we look forward to carrying on that relationship.” 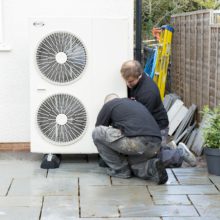 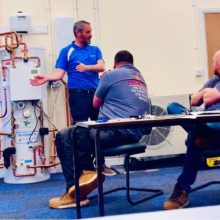