As the UK looks to catch up with other countries on smart meter rollout, John Peters, md of Engage Consulting, asks what lessons can be learned from other programmes

The recent announcement by DECC that the UK smart metering rollout will start a year later than expected, in 2015, is a welcome move that will benefit all parties involved in the programme. By giving industry more time to solve the complex technical and business issues around the programme, the new date will help ensure that, in the long run, the UK benefits from a better smart metering environment.

Smart meters have been widely used in North America, continental Europe and further afield. As the UK energy industry and regulators wrestle with the challenges of our own smart meter programme, looking at the experience of suppliers overseas highlights some of the issues the UK rollout must overcome.

Consumer engagement
Headlines in US newspapers about communities rejecting smart meters, or even being arrested for interfering with an installation, highlight the risks of failing to engage with consumers effectively. Many overseas smart meter rollouts are being treated by the industry as a network issue. In contrast to this model, the UK is adopting a supplier-led, customer-focused model with consumer engagement at its core.

The mandatory introduction of new meters alongside time-of-use charging in an early network-led rollout in California led to a customer outcry about meter accuracy when customers accustomed to flat-rate tariffs, saw dramatic increases in their bills. The backlash was so severe that the supplier was forced to introduce an opt-out programme in November 2011.

Similar issues plagued a rollout in the state of Victoria in Australia. The state government intervened in the rollout when smart meters were introduced alongside time-of-use charging. Government intervention led to the provision of an opt-out for customers wishing to stay on flat-rate tariffs.

Opting out?
The UK government’s business case for smart metering is based upon 97 per cent penetration of the market and the working assumption is that most UK consumers will take a smart meter. Here, customers are opted-in to the programme by default, but may choose not to have a meter installed.

In continental Europe, the business case developed by national governments and regulators for smart metering is shaped by local infrastructure, political and cultural factors. For example, in Germany, regulators are mandating a customer-driven adoption programme where customers must make the choice to opt in to the smart metering programme.

Equipment standards
Unlike many overseas energy markets, a feature of the UK energy market is supplier competition which has been in place since the late 1990s and which adds complexity to the interactions between market participants. To ensure interoperability and facilitate change of supply, the UK is taking a more centralised approach to the smart meter rollout than other territories, and has defined a set of standards for smart meter systems.

The DECC Smart Meter Equipment Technical Specifications (SMETS) sets a baseline with which all smart metering equipment must comply and should ensure interoperability and communications between meters from different vendors.

Demand management and microgeneration services may still be in their infancy in the UK, but Canada’s Toronto Hydro’ peaksaverPLUS programme, which has reduced consumption by 33.8 megawatts across 52,000 customers, illustrates the possibilities, for both consumers and suppliers, of a smart meter enabled Smart Grid.

The smart meter rollout is just the first stage in transforming the UK’s energy system and, judging by what has happened in overseas markets, this will open the door to innovative new services and products – there are exciting times for energy supply ahead. 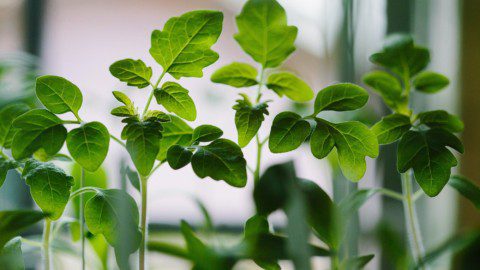