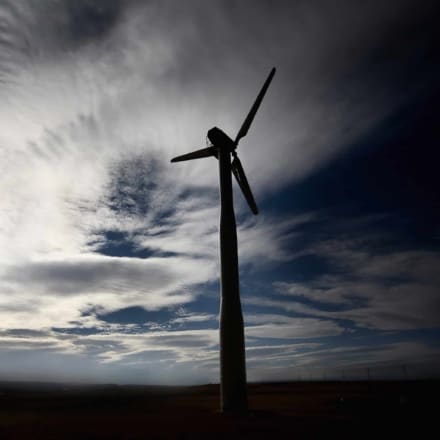 Communities are to get a greater say over the siting of onshore wind developments and receive higher levels of financial incentives, the Department of Energy and Climate Change (DECC) has announced.

Under new measures, planning guidance will be amended to put local concerns above the current precedence of sustainable development and national energy targets.

Benefits paid by developers to local communities which host wind turbines will also rise five fold meaning a 20MW wind farm would be worth £100,000 per year – or £400 0ff each household’s annual energy bill.

Best practice guidance from DECC to onshore wind developers will lay down the higher standards expected in relation to their engagement with communities, and a new register will monitor best-practice.

A new Community Energy Strategy, published this autumn, will set out how government can encourage community ownership and investment in wind projects. A Call for Evidence on this strategy has been published by DECC today.

Energy secretary Ed Davey said: “It is important that onshore wind is developed in a way that is truly sustainable – economically, environmentally and socially, and today’s announcement will ensure that communities see the windfall from hosting developments near to them, not just the wind farm.

“We remain committed to the deployment of appropriately sited onshore wind, as a key part of a diverse, low-carbon and secure energy mix and committed to an evidence-based approach to supporting low carbon power.

“This is an important sector that is driving economic growth, supporting thousands of new jobs and providing a significant share of our electricity and I’m determined that local communities should share in these benefits.”

Wind trade body RenewableUK said it was on board in increasing the level of consultation between developers and communities even if the fivefold increase in the package of financial incentives paid would make some planned wind farms no longer viable.

“Developing wind farms requires a significant amount of investment to be made upfront. Adding to this cost, by following the government’s advice that we should pay substantially more into community funds for future projects, will unfortunately make some planned wind energy developments uneconomic in England, so they will not go ahead and that is very disappointing,” said RenewableUK’s chief executive Maria McCaffery.

“That said, we recognise the need to ensure good practice across the industry and will continue to work with government and local authorities to benefit communities right across the country which are hosting our clean energy future.”

Angela Knight, chief executive of Energy UK, added: “Wind farms are an important part of the energy mix and we support local communities having a say in where they are built. The proposal to cut bills in return for giving the go ahead to wind projects will need to be worked through and may also have a wider relevance .”

He added: “Every wind turbine project is in danger of being branded as a wind farm, when in reality, a huge number of projects across the UK involve one or two small turbines, which are nothing to do with the major energy companies and are installed to help farmers and other businesses, worried about their future rising energy costs in the biggest economic downturn ever seen.

“The schemes we are talking about are made up of one or two smaller turbines that are a third of the size of the 150m high large scale wind turbines and designed to be less visually intrusive.

“These projects, involving turbines a fraction of the size of those used in wind farms, are in severe danger of being hurt by these planning restrictions, without being able to offer any financial incentives to the local residents, many of whom have been conditioned into thinking any wind turbine project is bad and will be a blight on the landscape.”

Climate Energy’s principal consultant for sustainable planning and policy, Jonathan Galton, said: “Having witnessed first-hand the commitment of both supporters and objectors to various community energy projects, we understand the clear need for the national energy strategy to be rooted firmly with local evidence.

“We therefore welcome the government’s call for evidence and would echo the Energy and Climate Change secretary in encouraging stakeholders to submit their views to government. Only by collating a wide range of stakeholder opinions can the UK hope to create a Community Energy Strategy that puts local communities at the heart of energy use.”