Harry Huyton, head of climate and energy policy at RSPB, has responded to the REA’s claims last week that the organisation is ‘scaremongering’ over its assertion that burning wood from whole trees is more polluting than coal.

In 2012, RSPB, Friends of the Earth and Greenpeace jointly published a paper which claimed that by 2017, the UK would be burning more than 30m tonnes of biomass annually, potentially increasing emissions by 49 per cent over the coal-fired power stations it will replace.

REA chief executive, Gaynor Hartnell, wrote to the heads of the three organisations disputing the report’s findings and re-affirming the case for renewables.

Mr Huyton has responded to the letter by writing in the Guardian: “The evidence has continued to stack up. Last month, the European Commission’s science department published a major review that showed that while energy crops, residues, and wastes can be low carbon, wood from whole trees is worse than fossil fuels. What’s more, existing industries that depend on wood to make furniture, wood panels, houses, and suchlike, have also begun to get extremely concerned about the impact of this enormous new source of demand.

“Using wood in these industries is better for the climate as it keeps carbon locked up, while burning it puts it up in smoke and into the atmosphere.

“Getting an energy policy in place that delivers affordable, low carbon electricity is complex and extremely challenging, particularly against the context of continued economic hard times. So it’s understandable that many would prefer to ignore the fact that one of our major forms of renewable energy could actually increase our carbon emissions. Understandable, but not excusable, because the result will be wasting time and the public’s money supporting something that fuels climate change and puts further pressure on our precious forests.

“To get there, however, we need government and industry to take their fingers out of their ears and accept that the world’s forests are not limitless sources of “renewable” fuel for Britain. Then we need to get round a nice wooden table together to completely rethink biomass policy.” 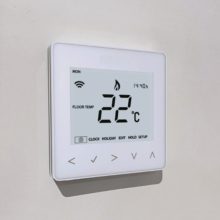