The government has indicated that it will not support plans to set a renewable energy target across the EU for 2030.

A target of generating 20 per cent of electricity in the EU from renewable sources by 2020 is already mandated, but it is now understood that chancellor George Osborne has opposed setting any further goal.

Energy secretary Ed Davey has proposed an alternative emissions reduction target as his favoured method of cutting carbon emissions. Davey says that signing up to a legally binding target of a 50 per cent cut on 1990 levels by the year 2030 would offer EU member states more flexibility in decarbonising their economies at a lower cost than achieving pre-determined levels of uptake in renewable technologies.

He said:  “We will argue for an EU wide binding emissions reductions target of 50 per cent by 2030 in the context of an ambitious global climate deal and even a unilateral EU 40 per cent target without a global deal.   This 2030 target is ambitious, but it is achievable and necessary if we are to limit climate change to manageable proportions.

“But we want to maintain flexibility for Member States in how they meet this ambitious emissions target. There are a variety of options to decarbonise any country’s economy. In the UK, our approach is technology neutral and our reforms will rely on the market and competition to determine the low carbon electricity mix. We will therefore oppose a Renewable Energy target at an EU level as inflexible and unnecessary.”

Despite its commitment to reduce carbon emissions, REA chief executive, Gaynor Hartnell, has accused the government of sending mixed messages to the renewables sector by its failure to ultimately back a 2030 renewable energy target.

She added: “The UK is facing a looming capacity crunch and needs to get a lot of new power generation on-stream very quickly. Renewables have a key role to play in bridging this energy gap, and also in decarbonising heat and transport to minimise the risks of climate change. Government cannot afford to continue sending out these mixed messages to renewables investors, because they will not put money into UK projects and jobs unless it is clear that there is a future for the industry beyond 2020. A 2030 renewables target would go a long way towards rebuilding investor confidence.” 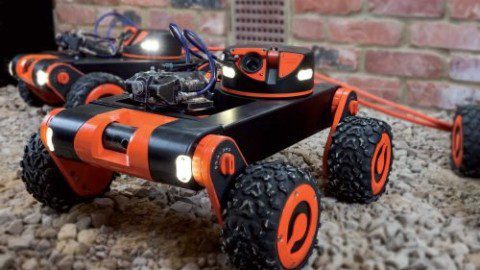 Homeowners and landlords across the UK are enjoying significant cost savings, of up to £250 per year, while driving down…
2 min read
Dec 6th 2021
We use cookies to ensure that we give you the best experience on our website Close