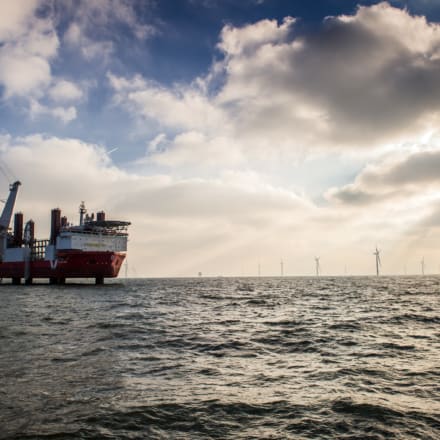 Developers of the London Array – the World’s largest offshore wind farm – have announced that all 175 turbines at the site are now fully operational.

The turbines were installed in the Thames Estuary between January and December 2012 to complete Phase 1 of the project with a total capacity of 630MW – the equivalent energy to power 500,000 homes a year. It will reduce carbon dioxide emissions by almost 1m tonnes a year.

The array is jointly owned by Dong Energy, Eon and Masdar and covers an offshore area of 100km² served by 450km of offshore cabling.

Renewable UK’s chief executive, Maria McCaffery, welcomed the announcement and said: “Britain has a real achievement to celebrate here – the largest operational offshore wind farm in the world is generating clean electricity for British homes and businesses. It’s a monumental feat of green engineering. Other massive projects are also coming to fruition in UK waters, such as Teesside, Gwynt y Mor off the coast of North Wales and Gunfleet Sands off the Essex coast, where the next generation of even more powerful offshore turbines is being tested in the water for the first time anywhere in the world.

“To hold on to the UK’s global lead in offshore wind, it’s vital that we maintain this momentum. We must ensure that the crucial legislation going through Parliament right now – the Energy Bill – sets a rock-solid framework to encourage investment in renewables.

“If MPs get the details of the Bill right, we can unlock billions of pounds of investment for more flagship low-carbon projects like London Array, and create 76,000 jobs in the British wind industry by the dawn of the next decade.

“To secure those jobs, and to safeguard employment for future generations, we’re also urging the government to articulate a clear vision of the scale of its ambition for the wind industry in the longer term, beyond 2020.”