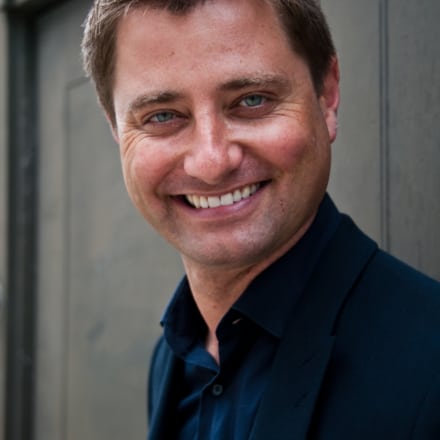 TV presenter George Clarke says that Green Deal is here for the long run and installers should get back to basics when trying to sell it.

Speaking exclusively to REI, the star of TV shows The Restoration Man and The Home Show shrugged off critics of the scheme who say that Green Deal is too complicated to appeal to the public.

“Green Deal has only just started and we have a tendency to knock things before they’ve had chance to breathe,” he said.

“In principle, it’s a great idea. To say that your property can have a low interest loan, not a personal debt, then I think people will come round to it. We are right at the beginning so we have a long way to go.

“The government is really good at taking a simple idea and making it complicated. I think Green Deal will be a tough sell so we need to get the public to realise that, yes it is a loan, but it is a clever loan and it will reduce utility bills.

“If you keep banging the eco drum, it won’t work. With the public we have to be very careful how we sell things. If it is about comfort, saving money and improving quality of lives, then we have a chance.”

According to Clarke, the key to maximising uptake of the scheme is gaining public trust and playing down the obvious environmental benefits of reducing energy consumption. He said that appealing to the public’s financial concerns amid rising energy bills would be the strategy most likely to succeed.

He added: “The most important thing to do is to gain the public’s trust. We’ve had problems with mis-selling before by getting people to switch energy companies  and it was the same with double glazing in the 1980s. It would be a tragedy if the same thing happened when it came to renewable energy so we need to sell the Green Deal in the right way.

“We should stop the hard sell and go in for the long run. Don’t bang on about saving the planet as that’s seen as a middle class game. Eco has big brand issues so talk about comfort and saving on energy bills. If we can get that across in a fair way then it will work. The major challenge for the industry now is to figure out how we can get the public to buy into this.”