The Department of Energy and Climate Change and the Heat Pump Association have done a fantastic job of building tools from the ground up which apply directly to installers when designing the air source heat pump system as a whole. One of the best tools is the heat emitter guide. The heat emitter guide enables keener consideration of the emitter circuit to be undertaken. Two years ago, high temperature was the go to equipment for any project with a radiator emitter circuit. Nowadays, with a keener design ethic and sharper decline in medium temperature air source pricing versus the high temperature equivalent, the cost differential between the two types of air source units can now be utilized to change x number of radiators within the property to suit a lower flow temperature. Ultimately, this is the entire ethos of air source heat pumps; smarter design and installation yields higher efficiencies. The Solfex / Samsung air source heat pump provides what it believes to be the most cost-effective way to approach this medium temperature requirement.

There is every possibility that total UK air source installations will be close to 12,000 before the publication of the RHI policy for deployment in March 2013. This equates to around a 49 per cent increase over total installations up to and including March 2012. Couple this together with the potential that MCS accredited air source heat pump installers will total 900 by March 2013 (a 4 per cent increase from March 2012) and the momentum is much more apparent.

This is all taking in to account the obscurity in relation to the Renewable Heat Incentive (RHI). There is no doubting the fact that conclusive information regarding the RHI is needed to kick start the air source heat pump market from a consumers perspective. There are thousands of potential consumers, who are waiting for final information about the RHI in order to make an informed decision. It’s a generally held belief that a large number of these potential consumers would be actual consumers had obscurity not surrounded the Renewable Heat Inventive.

With this said, without confirmed information, the RHI package is still extremely attractive. Taking into account an approximate 18,000 kWh of heat energy usage per year per household (average gas consumption as provided by Ofgem, 2011), even at the lowest proposed tariff, the 20 year heat usage to be split over 7 years will equate to a subsidy of around £1200 per annum. With a typical supply and installation costing around £6,000, a payback of around five years is more than possible, with the remaining two years of entitlement acting as a very attractive addition for early adopters of the technology. The year for air source heat pumps is undeniably 2013. 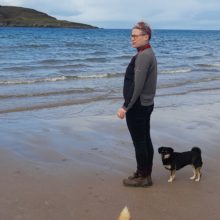