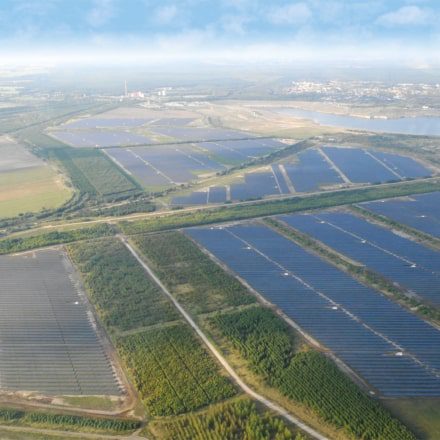 Canadian Solar has announced that its 148 MW solar park PV project in southern Brandenburg, Germany has been named the 2012 winner of the Solar Project of the Year Award by POWER-GEN International.

The solar complex covers 870 acres and was constructed on a former lignite mining strip in the East German community of Meuro, near Senftenberg. Canadian Solar provided 636,000 of its CS6P-P modules which provide nearly 90 percent of the site’s 166 MW total output.

The project beat off 43 other entrants from around the world to take top honours having created hundreds of construction jobs, coverted a brownfield site and provided power to 67,500 households in the region.

Dr Shawn Qu, ceo of Canadian Solar, said: “It is an honour to have the solar complex in Brandenburg recognised as the best solar project in the world by the POWER-GEN International team; this project required a tremendous collaboration effort that would not have been possible without  our two partners, project developers and contractors saferay and GP JOULE.

“The success of this project proves that it is faster to develop, build and achieve dividends on large-scale solar PV systems than any other type of power plant, even in regions with fewer sun hours.”