The government has given the green light to 26GW of new gas generating capacity to be build by 2030.

The major role that gas will play in our future energy mix was confirmed today in chancellor George Osbourne’s Autumn Statement.

New gas-fired power stations will now be built to replace retiring coal-fired, older gas and nuclear power stations. Energy secretary Ed Davey has justified the decision to continue our reliance on fossil fuels, much of which will be imported, by the lower carbon content of gas when compared to coal.

“We have always said that gas will have a significant role in our electricity mix over the next two decades – this is not new,” he said.

“Gas will provide a cleaner source of energy than coal, and will ensure we can keep the lights on as increasing amounts of wind and nuclear come online through the 2020s.

“The strategy we set out today follows extensive consultation and is consistent with meeting our legislated carbon budgets and with significant decarbonisation of the power sector.”

Mark Kenber, ceo of The Climate Group, criticised the announcement saying:  “The only role gas should play in the UK’s energy policy is to facilitate a mid-term transition to a decarbonised energy sector. Instead of that, the chancellor today placed gas at the very centre of our future energy-mix.  It misses the central point, namely the urgent need to decarbonise our economy and does little to support the UK’s energy sector to be globally competitive in the fast-growing international clean energy market.” 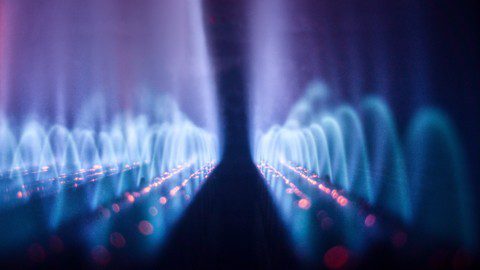