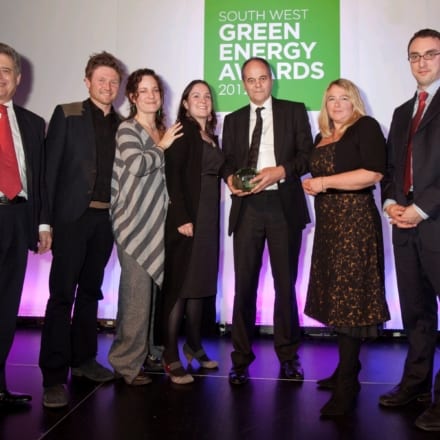 North Somerset-based Solarsense has scooped the top award at the 2012 South West Green Energy Installer of the Year Award.

Hosted by renewable energy agency Regen SW, the award went to Solarsense for installing more PV and solar thermal systems than any other comparible company in the region and for the company’s commitment to reducing its own carbon footprint.

The judges said they also chose the company due to its experience in the sector and community initiatives.

Steve Barrett, Solarsense director, said: “We are thrilled to have won the Green Energy Installer of the Year Award in recognition of of our fantastic achievement over the last 18 years and look forward to even more success.”

Solarsense will be holding open days on Fri 30 November and Saturday 01 December at its HQ – The Zero Carbon Technology Park at Brockley Lane near Backwell.