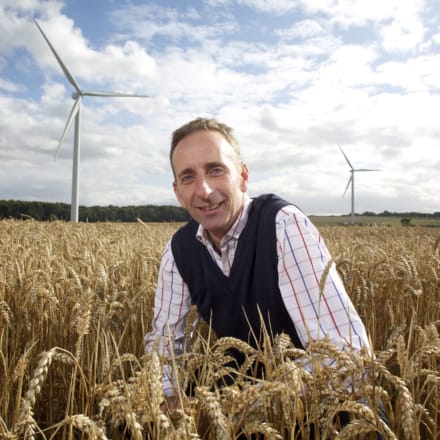 A renewables developer is urging planners to keep a decision on whether to approve a Borders wind farm in the hands of the local community.

The Hamilton-based company says the site could generate enough power to meet the annual energy needs of 19,400 homes and create a community benefits package worth more than £7.1million.

Yet earlier this year planning officials recommended the plans for the wind farm – along with proposals from five other developers – should be withdrawn.

However, Banks Renewables says its site is the only one of six to be fully supported by all local host community councils – Abbey St Bathans, Preston & Bonkyll and Grantshouse.

Meanwhile the company has also warned that if the proposals are rejected despite that community support, an appeal could be made to the Scottish Government, with the final decision taken out of local hands.

Phil Dyke, development director at Banks Renewables, said: “We are fully convinced of the merits of our proposal for the Banks Quixwood Moor Wind Farm. It would provide a viable source of energy from renewable means and would bring a wealth of benefits for the local community.

“We have taken on board the points raised by the planning officials at Scottish Borders Council and have decided to ask the councillors on the planning committee to decide, particularly since we have the full support of the local community councils.

“That way the elected members of the council can carefully weigh our well-supported proposals and the benefits they will bring in the light of the advice of their planning officials.”

Should SBC refuse plans for Banks Quixwood Moor Wind Farm, the developer can appeal to the Scottish government’s Energy Consents Unit in Glasgow.

Mr Dyke added: “In our opinion the local planning committee is by far the best forum for a decision to be taken locally and which reflects local opinion.

“If our proposals are rejected on advice from officials which we believe is flawed, we have the option to appeal. That would bring a real possibility that local opinion could be lost with the final ruling being made by civil servants a long way off in Glasgow.

“This is why we want councillors to get the chance to carefully consider the local benefits of our scheme and listen to the local community who are fully behind a wind farm which will leave a lasting positive legacy for the area.”