Today, Davey issued an official statement in which he used his seniority to over-ride Hayes’ negative comments which appeared to directly contradict the government’s stated position on renewables. The minister had told journalists that the UK has enough wind turbine applications in the planning process to meet the country’s renewable energy targets and that no more would be supported.

Davey has rebutted any claim that a limit will be placed on any individual renewable technology whilst adding that wind would have a ‘an important role’ in our energy future.

The embarrassing disagreement between a Conservative (John Hayes) and Lib Dem (Ed Davey) MP has been interpreted by some as part of a wider row between the coalition partners over energy policy with Tory support for renewable energy and financial incentives faltering.

Ed Davey’s official statement said: “There has been no change to government policy on renewable energy, as collectively agreed by the coalition cabinet.

“We set out in the Renewable Energy Roadmap in July 2011 how we expect to reach our target of getting 30 percent of all UK electricity from renewable sources by 2020.

“We’ve put in place support to bring on growth in new industries to deploy the technologies needed to diversify our energy mix in the most cost-effective way.

“There are no targets – or caps – for individual renewable technologies such as onshore wind.  Nor are there reviews being done of onshore wind on the basis of landscape or property values.

“What we’re currently consulting on are ways of making sure local communities feel the benefit of hosting wind farms, and whether our understanding of future costs is accurate.

“Onshore wind is one of the cheapest renewables, which is why we’ve been able to cut the subsidy.  It has an important role to play in our energy future.” 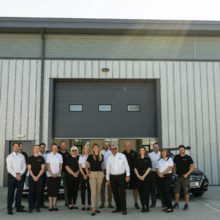