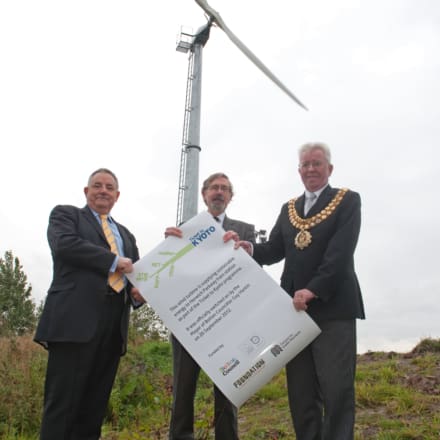 The railway station, near Bolton, Great Manchester, now has half its annual power needs met by the 11kW 23m tall Gaia turbine installed by Myriad CEG.

Phil McVan, managing director of Myriad CEG Wind, said: “Astute organisations like Transport for Greater Manchester are looking to distance themselves from reliance on mains electricity because the forecasts are that prices will continue to increase.

“As well as cutting carbon emissions, this turbine will allow surplus energy to be directed back to the National Grid.”

Bolton Council’s cabinet member for highways and transport, councillor David Chadwick, added: “This station is the first in England to be powered by a wind turbine like this and we’re proud to be leading the way in Bolton.”