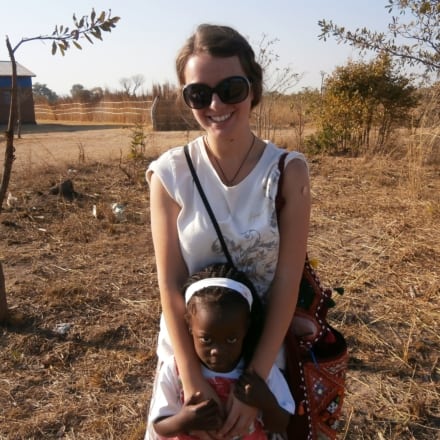 Absolute Solar and Wind has donated £1,000 to help fund the charitable work of 17-year-old Mercy McFarlane of Conon Bridge, Inverness.

Mercy’s father Ross, who works as a surveyor for the Scottish solar energy supplier, said his daughter was inspired to help others following a spell in hospital herself.

“It was during a stay in hospital when she had a burst appendix that she decided she wanted to be a surgeon,” he said.

“When she heard about the medical centre in Malawi, she contacted charity Joy to the World and volunteered to help. We had a few emails from her and she is absolutely loving it.

“There is no running water. The medical centre has no electricity, but there are a few solar panels on the roof which lights the centre during the day. It cost Mercy quite a bit of money to go so we can’t thank everyone who has supported her fundraising enough.”

Terry Doherty, Absolute Solar and Wind’s sales and marketing director, added: “Mercy is an inspirational young lady and a credit to her family and her community. We were delighted and honoured to be able to support her during her time in Malawi.”