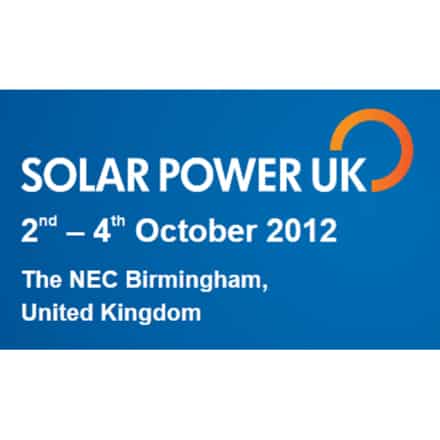 Four of the Big Six UK energy providers are expected to increase energy prices by the end of this year after Scottish and Southern Electric (SSE) announced plans to increase domestic gas and electricity prices by an average of 9 percent from October 15.

The price rise, set to affect 5 million electricity customers and 3.4 million gas customers, means SSE’s average standard dual-fuel bill will increase by more than £100 a year from £1,172 to £1,274.

Rising bill payments are becoming an increasing concern for many UK consumers according to industry experts, especially with winter just around the corner and a recession underway.

Yet government believes it has an answer to the problem of rising fuel bills as it prepares to launch its flagship energy policy, the Green Deal, in October this year, coinciding with renewable energy show, Solar Power UK 2012.

“The Green Deal will play a huge role in improving the energy efficiency of our homes and businesses, with ECO making sure that the most vulnerable homes benefit too,” explained energy secretary Edward Davey.

“I am determined to make sure that, in addition to creating huge opportunities for Green Deal providers and businesses along with thousands of new jobs, this new market in energy efficiency will deliver the very best deal for consumers.”

The policy will work by offering UK homeowners and businesses the opportunity to retrofit buildings with energy saving measures at no upfront cost, with repayments made through energy bill savings. These measures, which will include wall and loft insulation, boiler upgrades, energy efficient lighting, and renewable energy installations, will help to bring bill costs down by reducing reliance on fuel providers.

Richard Gould, Director of Inspection Services at NAPIT, who will be speaking in the Solar Power UK 2012 , Green Solutions Seminar at the NEC in Birmingham, suggests that the Green Deal will offer an assurance to consumers while, at the same time, working towards government’s own carbon emissions targets.

“The coalition government has made significant commitments to the reduction of carbon emissions. But, in reality, the average consumer does not relate to this need. During a time of economic uncertainty, monthly outgoings are the main concern of every bill payer, and any opportunity to reduce bills during a time of recession is certainly more likely to resonate with the public,” Gould explained.

“The Green Deal offers an opportunity to reduce carbon emissions and reduce bills, all without the need to invest large sums of money or increase personal debt. I have yet to meet someone that, once introduced to these facts, doesn’t want to ask more questions. Suddenly opportunities to be involved with energy efficiency measures and renewable technologies become a necessity as opposed to a matter of personal conscience. Taking control of ever increasing fuel bills will not only help consumers today but will also guard against the inevitability of rising fuel costs.”

Meanwhile Andrew Padmore, the chief executive of Egnida – who will be speaking about the benefits of the Green Deal at the upcoming Solar Power UK 2012 exhibition this October – believes that once the scheme is launched, consumers will finally be able to benefit from energy saving measures without having to find the finance needed.

“The Green Deal is a great opportunity for homeowners to save money on their energy bills by installing pay-as-you-save energy efficiency solutions such as insulation and heating controls,” Padmore explained.

“The clever part of Green Deal is that  no up front payment will be required from the homeowner. and the pay–as-you-save “loan” is attached to the property and not the person. If Green Deal delivers as planned then homeowners will have warmer homes and lower energy bills. The environment benefits and sustainable local jobs are also created, particularly for local SMEs.”

Government’s aim is to make energy efficiency available to all, provided by trusted companies in order to offer consumer protection. This includes ensuring that robust standards are met; creating a market that balances consumer protection and burdens on businesses. Restrictions will be placed on ‘cold calling’, while protection such as 25-year warranties for wall insulation will be implemented.

“The construction services industries should be very excited about this scheme. Although it won’t mean that every customer is suddenly going to have lots of work done straight away, it will provide a key incentive that is certain to catalyse a much greater demand for energy efficiency measures,” Gould continued.

“The Green Deal is predicted to revolutionise the energy efficiency of over 15 million homes by 2020. With the prospect of over 200k+ boilers fitted each year under Green Deal and ECO, along with all the additional potential measures, this opportunity alone should be giving the consumer reason enough to learn more about how to get involved.”

Solar Power UK 2012, which will be held from October 2-4 at the NEC, Birmingham, will be running a three-day Green Solutions Seminar Programme offering SMEs the chance to discover how they can get involved in this flagship energy policy and begin providing customers with a whole house solution to their energy worries.

Tickets can be booked at www.solarpowerukevents.org. Consumer entry to the exhibition is free.