New entrant to the wind market, HS Harbon & Sons, says it has standardised on AC drives from Control Techniques for two reasons: reliability and versatility.

Doncaster-based HS Harbon & Sons, went into partnership with local businessman Richard Crowe to set up Harbon Wind Turbines and create the 60kW HWT60 variable speed turbine – which it says can give an ROI of just four years.

“The HWT60 is designed to optimise the blade power output by changing rotor speed to reflect changing wind conditions,” said Dave Harbon, technical director. “This is why we use a variable speed drive in regeneration mode to return the generated power to the mains grid. We use Control Techniques’ drives because their efficiency, considerable programming capability and communications gives us the precise control we need.”

Each turbine is fitted with four AC drives from Control Techniques. The HWT60 is nominally rated at 60kW but Harbon says it can exceed this for short periods and is designed to withstand gales in excess of 150 mph.

“A further benefit of this type of turbine is that it is considerably quieter, adds Dave Harbon. “At the optimum revs, the turbine is very quiet indeed. What’s more, the high efficiency drives are very frugal on start up – using about the same power consumption as an electric kettle.” 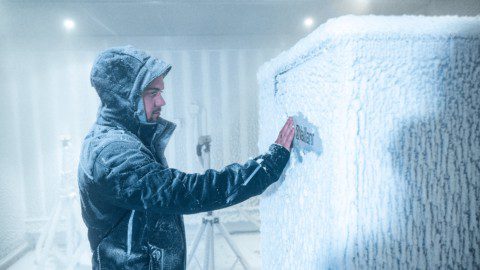 At Vaillant’s high-tech centre they go to great lengths to ensure that products are up to the job. Heat pumps…
2 min read
Jan 7th 2022