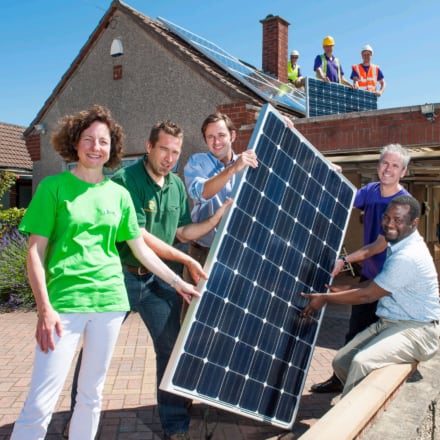 The Bristol Area Solar Installers Co-operative (BASIC) has installed its first panels on a scheme in Bristol.

The co-operative was formed by nine solar installers based in the Greater Bristol area with the aim of bidding for large scale solar contracts and multiple installations in the region.

BASIC says that this week it has completed the first of more than 300 PV installations in the Lockleaze are of the city in a project called ‘Streets of Solar’ which aims to install more than 750 kilowatts of PV on homes, schools and community buildings.

Recent research, from Solar Energy UK, reveals that over half of homeowners would consider solar installations to beat soaring energy…
2 min read
Oct 20th 2021
We use cookies to ensure that we give you the best experience on our website Close