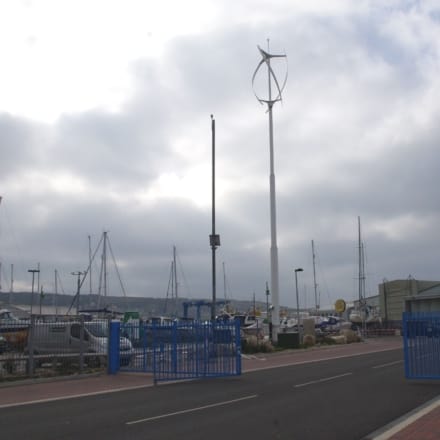 UK engineering firm Hutchinson Engineering has played its part in securing a green legacy for the London 2012 Olympics.

Its 18m wind turbine structure, installed at Portland Marina, has already been seen my millions of television viewers and spectators watching sailing events near Weymouth.

Hutchinson’s structure was specifically designed to incorporate Quietrevolutions qr5 turbine and has heralded the beginning of a new relationship between the two firms with Hutchinson being awarded a £2m contract to supply more than 400 structures for installation in West Kensington, London.

Dean Drinkwater, managing director of Hutchinson Engineering, said: “It has been an honour to work on a contract which needed to be completed in time for the Olympics.

“With a total of 10 sailing events and the world’s media descending on Portland Harbour, it was important that we created a wind turbine tower that complemented the clean-cut, award-winning design of Quietrevolution’s turbine. It will be a green legacy for years to come.”

Will Sheard, principal mechanical engineer at Quietrevolution, added: “We had already worked with the company as they supplied two 18m Hutchinson prototype towers for our production site in Pembrokeshire, Wales.

“The tower engineered for us is based at the marina, so it will be a great test site for researching excessive wind speed, exposure to the elements, and measuring the ability to withstand corrosion from the sea.”