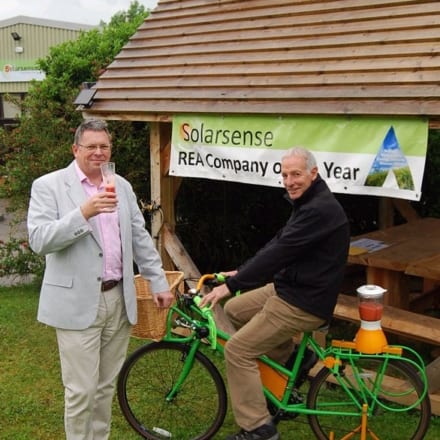 Solarsense has received an ‘International Green Hero’ award in recognition of its good environmental practice.

The South-West based company was handed the award for carrying out a wide range of initiatives to reduce its environmental impact. These measures include generating a large part of it’s Bristol HQ’s electricity needs from solar, running a fleet of electric cars and utilising solar thermal. Solarsense’s base at Backwell is now certified as carbon negative.

Richard Simon, Solarsense’s technical director, said: “We are thrilled to win this award for our environmental achievements. We hope that other companies will gain from our experience and look at how they can reduce their own carbon footprint.”

Roger Wolens, managing director of the Green Organisation which makes the awards, added: “The International Green Hero Award is given to organisations and companies such as Solarsense that are global beacons of environmental good practice.”