Ultima Solar has announced that it is the sole distributor in the UK of the new Thermodynamic System.

The distributor and installer adds that customers could save up to 75 per cent on their primary heating bills by using Thermodynamics which comes in either a standard or deluxe model with a heat exchanger for enhanced efficiency.

The system comprises an aluminium black panel which is fitted externally either on the roof or wall.  According to Ultima Solar, the panel extracts energy from the atmosphere, day and night, 365 days a year.  This energy heats an environmentally friendly liquid refrigerant, turning it to gas which is compressed to produce heat and this is transferred to a special, highly insulated, hot water cylinder.

Ultima Solar pledge to deliver anywhere in Great Britain within five days of an order being placed. 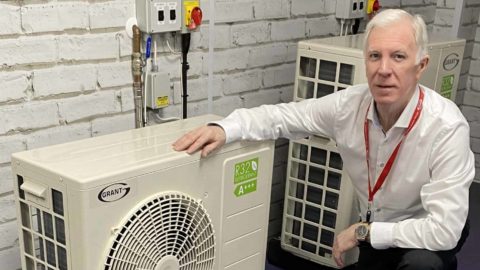