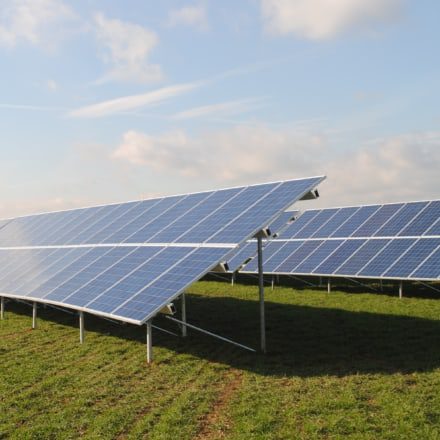 Infinite Energy has reported a significant rise in the number of agricultural installations following the completion of a 50kWp array at Wicks Manor pig farm in Essex.

Infinite Energy advised Wicks Manor to make use of the available land with a ground mounted system and installed a total of 50kWp using 208 LDK 240w panels with SMA Inverters.

Fergus Howie, Partner of Wicks Manor said: ““Pigs are born and bred at Wicks Manor, they eat wheat and barley grown and milled on the farm.  We produce the best quality bacon, hams, and sausages from the pigs we have reared and cared for on the farm and with the solar panel installation so much more can be powered by the sun.   We wanted to find a ‘greener’ way to run the operation, renewable systems are the way forward for farmers.”

Sam Tilley, managing director of Infinite Energy, added: “We have seen an increase in the number of agricultural customers recently as from a farmer’s point of view it makes sense to reduce their energy bills and make the most of the land they have available by installing solar panels.  People often think solar systems need to be implemented on roofs but ground implementations are becoming increasingly popular.”