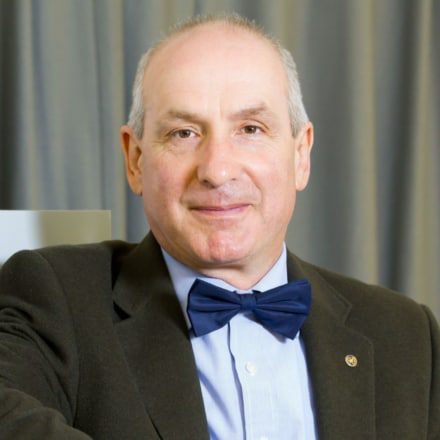 Installers and industry leaders have given their responses to Thursday’s announcement by the government that the Feed-in Tariff (FiT) for domestic PV installations will fall to 16p/kWh from August 01.

David Hunt, Eco Environments: “Yet again the government stands accused of giving with one hand only to take away with the other. While the return on investment remains attractive at around 6 per cent, by reducing the FiT lifetime by five years consumers will earn approximately £20,000 less than they would have done if the 25 year term had been left in place. This is the sting in the tail that the industry and the consumer could have done without at a time when the market remains extremely fragile.”

Andy Boroughs, Organic Energy: “There is still uncertainty for consumers when they consider what return they will get on their investment with plans to link the future reduction to uptake in installations.

“It is disappointing to see the FiT lifetime reduced to 20 years, but I accept that this brings it in line with other incentives.”

Jeremy Leggett, Solarcentury: “Though investor confidence will remain uncertain given the proposed three monthly degressions, the majority of the government’s policies may herald a new seriousness of intent on solar, and indicate that a meaningful industrial policy is now a real prospect for the UK.”

Juliet Davenport, Good Energy: “Good Energy supports a large number of social housing projects receiving the Feed-in Tariff so it’s good that their rates will now be better than expected. We’re also pleased to hear Greg Barker confirm that solar  power has a vital role to play in the UK’s renewable energy mix, and that the government is now seeking to provide a clearer path forward.”

Cathy Debenham, YouGen: “This announcement provides clarity for both industry and consumers going forward, and ends the speculation and uncertainty that has been so damaging.

“The 16p rate to be introduced from 1 August still offers attractive returns for potential microgenerators.  However, it will not be the easy sell it was at the end of last year when feed-in tariff rates were sky high, and people were buying on rate of return alone.

“Now that the government has provided a clear framework for the future of the feed-in tariff, it’s time for the industry to get more sophisticated in its marketing, and make potential buyers aware of the broad range of ways
that they can benefit from solar PV.”

Robert Goss, Conergy: “The announcement shows the government is feathering the throttle on solar. The government has cleverly reduced the duration of tariffs to 20 years, removing a benefit which is of only marginal perceived value to the average British property-owner, but with a large reduction in exposure for the Treasury.”

Andy Atkins, Friends of the Earth: “After a year and a half of crippling uncertainty, the sun is starting to shine again on the solar industry.

“Greg Barker’s 2020 vision will allow solar firms to get back on their feet, protect jobs and plan for the future – but to avoid more fiascos any mechanism for setting subsidy payments must be managed independently of government.

“Developing the nation’s huge renewable energy potential will help drive us out of recession – the government must make it easier for communities, schools and hospitals to plug into clean power.”

Ian Draisey, DulasMHH: “Whilst we are not pleased to see further cuts to the Feed-In Tariff, the UK solar PV industry desperately needs some stability and this new announcement looks like a good mechanism to avoid more boom and bust.

“The most significant part of the announcement and perhaps the most heartening aspect is the fact that the government now seems to treat solar PV as a serious part of the long-term route map to help achieve low carbon targets. It is now up the solar PV industry to really consolidate this position and make it work.”

Jeremy Malindine, Puragen: “The solar industry has seen some unprecedented changes over the past few months which have thrown the sector into chaos. It’s therefore refreshing to see that government has taken on board industry comments and not only delayed the tariff reductions by a month but also revisited plans for the huge cuts proposed in the consultation.

“In the UK, solar PV remains an incredibly popular choice for homeowners. This latest round of reforms provides the industry with the clarity to continue to grow and develop within the sector and gives consumers the confidence and time to understand the real value of adding renewable technologies to their homes.

“During one of the hottest weeks so far this year, the sun looks likely to continue to shine on the sector, with the reforms providing the ‘transparency, longevity and certainty that Barker desires and the assurances industry craved.”