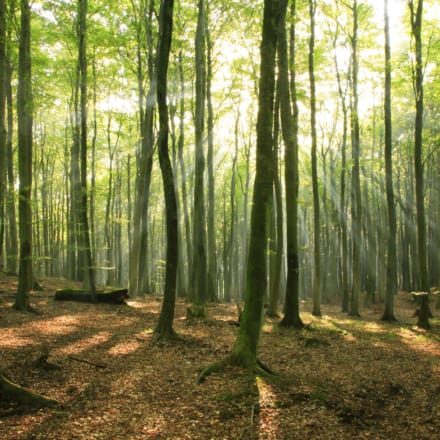 The new money will help the RHPP go further including an £8m competition for communities to apply for grants to encourage community groups to install renewable heating. This will be on top of the existing voucher scheme which will be mainly focused at around 4 million homes in Great Britain which are not heated by mains gas, who have to rely on higher carbon forms of heating which also tend to be more expensive than gas such as heating oil and electric fires. There will also be a £10m competition for social landlords.

“We’re increasing the budget from £15m to £25m, for the first time we’re including community schemes and there’ll be more social housing schemes that can benefit. Those people who are reliant on expensive oil or electric heating should consider applying to the Premium Payment scheme to cut their fuel bills in the long term.

“Generating heat from renewables will not just cut carbon emissions, it will also help create a market in developing, selling and installing kit like solar thermal panels or heat pumps.”

The scheme will continue to be administered by the Energy Saving Trust.

“Our aim is to empower householders by giving them the right tools and advice to help them reduce both their energy usage and bills.

“Without a doubt, one of the main barriers that prevents people from taking the plunge is the up-front capital cost. The announcement of the second phase of the government’s Renewable Heat Premium Payment (RHPP) scheme not only offers homeowners help with the initial costs, but it also provides them with access to heat technologies that can help them to reduce their energy bills, year on year.

“We are encouraged by the interest in the first phase of the schemes – particularly the social landlord scheme – and look forward to building on this.”

The coalition remains committed to providing longer term support for renewable heat technologies in households and has published an update to parliament today. Proposals will be consulted upon in September at which point a firmer timetable for the launch of a scheme will be published, although it is anticipated this will be from summer 2013. Given this, the tariffs set out by the previous government in the consultation document in February 2010 should not be used as a basis for predicting what future support may be.

Also today, plans to manage the budget for the Renewable Heat Incentive (RHI) for commercial, public sector, industrial and community-scale installations have been revealed to ensure its long term success. The proposals include a package of measures to be in place by the end of this financial year and a plan to control spending in the interim.

Greg Barker said: “Putting in place cost control measures for the Renewable Heat Incentive is the prudent thing to do, given this is millions of pounds of taxpayers’ money at stake and taking on board the lessons learned from the Feed-in Tariff scheme.

“We will ask industry for its views in the summer and in the meantime will arrange for interim measures to be in place to manage the scheme’s budget. Looking at the scheme’s current spending it’s unlikely we will need to use these short-term measures, however Ofgem will hold a series of conferences for potential applicants over the next few months so it is right for us to be cautious and have the ability to act should we need to.

“Renewable heat is a largely untapped resource and an important new green industry of the future. It’ll help the UK shift away from fossil fuel, reducing carbon emissions and encouraging innovation, jobs and growth in new advanced technologies.”

DECC will launch a formal consultation in the summer to explore different policy options to ensure the RHI stays within its budget. This could include a system to lower tariffs as the scheme grows. The plans would then be in place by the end of the financial year. This consultation will also include amendments to the existing scheme covering air quality and biomass sustainability issues as outlined in the original RHI Policy document.  As with the proposals above we hope to lay these in Parliament in November.

In the meantime, DECC is launching a consultation today proposing an interim measure to keep the RHI within the budgetary limits set by the Comprehensive Spending Review. This includes the possibility of giving industry one month’s notice to temporarily suspend the scheme to new entrants if 80% of the available budget is expected to be spent. In the interests of transparency and ensuring industry is not taken by surprise, regular updates on the budget spend will be published. These measures will be in place as early as the summer and will last until the longer term cost control system is in place.

DECC will consult in September this year about increasing the number of technologies eligible under the industrial RHI with a view to implementing the plans by summer next year.

DECC will also set out shortly its long term plans to decarbonise the heat sector when it launches its Heat Strategy.