The residents of Talybont-on-Usk splashed out on a community hydro system and the results have been considerable. The projects has helped fund a range of iniatives including a cinema screen in the town hall.

Talybont-on-Usk has its own community-owned hydro. All the energy generated is sold into the grid to produce income that is invested in community projects.

So far, it has funded a cinema screen in the town hall, an electric car share club, and has financially supported Talybont residents to trial a variety of energy saving measures, including an electric bike scheme, energy audits and trials of energy meters.

It all started with a public meeting in the town hall where local residents, council members and employees from the Brecon Beacons National Parks Authority met to gauge interest in renewable energy. Over 60 residents turned out.

The group obtained funding from the National Park Authority’s Sustainable Development Fund to work with consultants and explore what potential there might be for generating their own electricity. A core of around 25 people emerged as active participants.

“It was terribly important to us that people in the village were behind this, it wouldn’t work if people didn’t think it was a great idea and want to be involved and eventually we had a core group of people who were really passionate about it.” Barbara, director of Talybont Energy and local resident.

One of the local residents who came along to meetings was a retiree from the local waterworks and recalled an old turbine house that had previously been used to power the water treatment works at a local reservoir but had since fallen into disuse.

The turbine house belonged to Welsh Water and had been decommissioned in the 1980s and was lying derelict. But the site still had good potential to generate electricity using a hydro turbine, partly because of the regulations surrounding reservoir management – the river that feeds the reservoir must have what is called a compensation flow fed back into the river.

For the Talybont residents this meant that there would always be a minimum flow of water from the reservoir into the river which would not only protect and sustain the river but importantly, also guarantee there would be flowing water to power a hydro turbine.

In addition to this regulated flow, the location was also good as the turbine house was located at the bottom of the reservoir, creating a good distance between the reservoir and where the water would flow into the turbine. This was significant given the further water has to drop (being often referred to as “the head”), the more power it can generate.

“We have this enormous drop. So we have a large volume of water and an extreme drop down to the turbine which is the perfect kind of scenario for generating hydro electricity.” Alison, director of Talybont Energy and local resident.

Once the feasibility study had identified the potential of the old turbine house, the group negotiated a 15-year lease from Welsh Water, Dwr Cymru to use the site and install a turbine

Talybont Energy is a Company Limited by Guarantee (CLG). The group needed a legal structure to set out aims, objectives and ways of working, plus enable them to fundraise towards set up costs and then to manage the income and assets of the turbine.

They chose a CLG as it limits the financial and legal liabilities for directors and enables people to be able to become members without having to put in place a system to buy shares, making it accessible to everyone and not only those who can afford to make a financial investment.

Anyone can become a member, although only those in the Community Council area, which is a local government region, can be full members with voting rights.  This enables anyone to become involved with Talybont Energy but ensures that decisions and votes can only be made by those who live locally. The company is run by nine directors who are all voluntary and elected by the members. 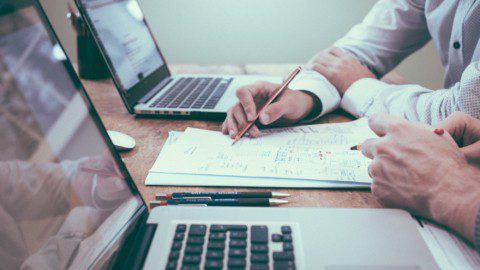