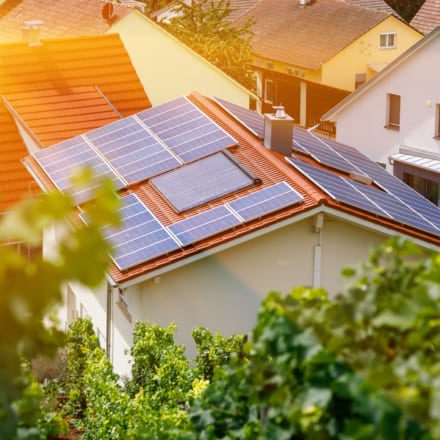 Even with the most modern gas boilers and state-of-the art insulation, we cannot continue to heat so many homes by natural gas and still achieve an 80% cut in emissions as laid down in the Climate Change Act 2008. The Academy’s report, Heat: degrees of comfort, looks at the challenges of matching our demand for domestic heating with the binding requirement to reduce our overall carbon emissions. The report looks at new technologies including heat pumps, considers options such as district heating and combined heat and power schemes and looks at incentives and drivers for the creation of new markets.

Many sources of renewable energy are, by their nature, difficult or impossible to schedule. They are available only when the wind blows or when the sun shines. To switch a large part of the domestic heating load to electric heating would greatly increase the demand on the grid and increase the challenge of meeting peaks in demand. To attempt to meet the whole of such a load by renewables based on wind, tides or sun would require a level of installed capacity that would be almost impossible to build and that would be standing idle for most of the summer months, thus making energy very expensive. Storage, whether of natural gas, biomass, large scale thermal storage, or an intermediate vector such as hydrogen, electricity or heat, will be essential.

“Managing the UK’s energy systems in a way that reduces CO2, avoids expensive imports, ensures energy security, does not exacerbate fuel poverty, supports job creation and works with, rather than against, the competitive market will be hugely difficult,” says Professor Roger Kemp FREng of Lancaster University, who chairs the Academy’s Heat working group. “Government is only just coming to terms with the complexity of these multiple demands on policy.”

Most of the houses that will exist in 2050 have already been built. New houses should be built to the highest standard of energy efficiency but that, by itself, will not be enough. If we are to meet the 2050 targets, says the report, major improvements will have to be made to the existing housing stock. This will be disruptive to householders and expensive. There are various options for funding this but it will undoubtedly add to householders’ bills (only partially mitigated by lower energy costs). Other than basic insulation and draft-proofing, households are likely to need a financial incentive (such as substantially increased carbon taxes and/or subsidies of energy saving technology) to persuade them to act.

The provision of heat cannot be analysed in isolation. The type of renewable energy best suited to a particular application and how it is used – even whether to install insulation inside or outside of the building’s ‘thermal mass’ – can only be decided in the context of a national energy policy that provides a coherent framework for decision-making. At present, this framework does not exist. There are a number of technologies, such as micro-CHP, that could make a significant contribution to carbon reduction but are incompatible with the 80% target. This raises the important question about how to pursue targets without closing off technologies that would be helpful even if they are not the complete answer.