The accusations were made by environmental pressure group Friends of the Earth (FoE) and two solar companies – Solarcentury and HomeSun – as they jointly launched an application for judicial review.

They say Energy Secretary Chris Huhne is proposing “retrospectively” to cut feed-in tariff subsidies (FITs) – payments made to households and communities that generate green electricity through solar panels – on any installations completed after December 12 this year.

FoE and the companies say the “premature and unlawful” December deadline fell 11 days before a consultation into feed-in tariffs ends and has already led to unfinished or planned projects being abandoned.

Sam Grodzinski QC, appearing for HomeSun Holdings Ltd, told Mr Justice Mitting at London’s High Court: “This challenge is to action taken by the Government that has thrown the small-scale solar industry, as well as voluntary organisations and housing associations and other people who want to instal solar panels, into a state of huge economic uncertainty and which is manifestly unlawful.

“The (Energy Secretary’s) desire to curtail the FITs scheme as quickly as possible led him to act in a way both beyond the objects of the enabling legislation and unlawfully as a matter of basic common law fairness.”

Mr Grodzinksi likened the Energy Secretary’s “unprecedented” approach to making the cuts to Shakespeare’s Macbeth, who says to himself as he plots to kill King Duncan: “If it were done when ’tis done, then ’twere well it were done quickly.”

The QC said Mr Huhne had proposed that the new FIT scheme rates would apply to all new solar PV installations in place and certified on or after December 12 this year.

The date was within the consultation period on tariffs, which ends on Friday, and well before modifications to the existing FITs scheme were due to be laid before Parliament.

Questions of constitutional importance were raised because of “the legal presumption against retrospectivity” – a well-established principle.

Article 1 of Protocol 1 of the European Convention on Human Rights, which safeguards the right to property, was also engaged because the “economic reality” was that individuals were being unfairly deprived of subsidies due to the proposed back-dating of the cuts.

Mr Grodzinski also argued the 2008 Energy Act, under which Mr Huhne was proposing to make the cuts, clearly did not allow for them to have retrospective effect.

It was also “manifestly unfair and an abuse of power” to fix the date for the cuts during the consultation period, at a time when the proposal would have serious economic consequences.

Government lawyers are arguing there is no legal basis for today’s application for judicial review and its proposals are not “retrospective” in any meaningful sense.

A recent report commissioned by FoE and an alliance of solar firms and consumer and environmental organisations known as “Cut Don’t Kill” estimated the cuts could cost up to 29,000 jobs and lose the Treasury up to £230 million a year in tax income.

Construction firm Carillion has warned 4,500 workers their jobs are at risk.

Friends of the Earth’s executive director Andy Atkins said before today’s hearing: “The Government’s rushed plans to slash solar subsidies have pulled the plug on countless clean energy schemes and threatened thousands of jobs – we believe this is not just unfair, it’s unlawful.

“We agree falling installation costs mean solar payments should fall, but the speed and scale of these proposals will have a devastating impact on a thriving industry.

“The Government must think again and take steps to safeguard UK solar jobs and help cash-strapped families and businesses to free themselves from expensive fossil fuels.” 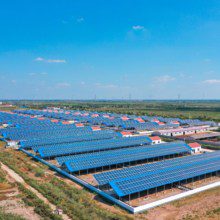 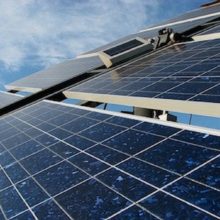