The Queen made few mentions to energy and the environment but stated that government ministers would seek to increase energy security, and combat climate change on a global scale at a conference in Paris later this year.

On renewable energy, the new energy bill contains clauses to end new subsidy for wind farms, and transfer planning consent to local authorities for wind developments under 50kW. Larger developments will no longer be decided at ministerial level.

The news that the government will press ahead with subsidy cuts has drawn the ire of the industry. 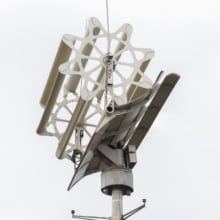