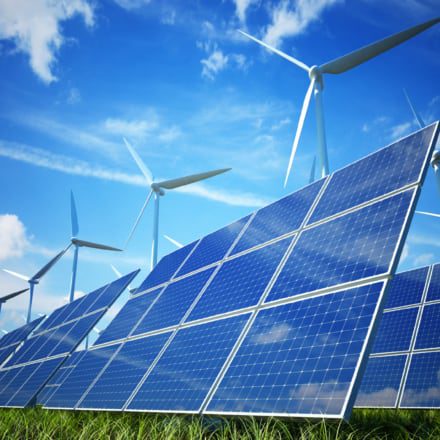 Mitsubishi Electric is urging the government to reconsider the 12 December cut-off date for the halving of the Feed-in Tariff, to give the industry more time to prepare.

“Everyone accepts that the tariff needed to be reduced but if we are to avoid damaging the PV industry, the drop in rate needs to be timed differently,” said Perry Jackson, general manager of the company’s photovoltaic systems division.

Jackson estimates that Mitsubishi Electric alone faces sales losses of at least £10m due to the cancellation of orders that have already been won, but which cannot complete by the deadline and the fact that stock currently at sea cannot arrive before the cut-off date.

In addition, this doesn’t take into account the costs already sunk in surveys, feasibility studies, education and training of industry partners, consultants, Housing Associations and end users, or the postponement of any further investment in employment related to solar.

Jackson believes that the industry has already shown how it can respond to change given appropriate time with the way it bounced back after the Fast Track Review which came into effect at the beginning of August.

This saw a curb on large scale, investor-backed schemes and meant quite a bit of market realignment.  The response, across the whole industry and certainly for manufacturers such as Mitsubishi Electric required substantial investment and faith in the prospects for Renewables in the UK and was the key factor in the schemes success. Without this commitment and investment from industry there would not have been success at any scale.

“To have another impossibly tough deadline thrust upon us within four months of that review is an extremely serious blow to the industry,” he added.

Jackson believes that the latest announcement is already having a profound effect on the industry in terms of short term financial loss through fire sale pricing, stock in transit losses, lost contracts and employment and in the short to mid-term, this will stunt confidence in the solar industry/market and directly affect both the market and the government’s emissions targets.

Giving the industry such short notice of a major change will create massive panic, lead to poor and rushed installations, deposits will be lost by companies and consumers who simply cannot get their PV installed in time and all of this is without considering the lost taxes, job redundancies and the harm to the positive economic and environmental contribution that the industry makes to UK plc.

“We know now that installations have exceeded the government’s predicted volumes and that ROI has drifted into double figures mainly as a result of reduced equipment prices,” explained Jackson.  “We also recognise that something needs to be done to correct this but it must be introduced in a measured and sensible manner rather than coming as a huge shock to the system that potentially leaves permanent damage.”

As a manufacturer, Mitsubishi Electric has seen price erosion on modules of 30 per cent per year and the company has responded by accepting reduced margins, improving efficiency and looking towards the longer term for business profitability.

“I cannot think of many industries that can produce those levels of reductions in such a short period and the revised timing for eligibility could seriously stall the industry and generate real financial harm to companies within it,” he added.

“This also has the danger of creating a feeling that the UK is not a stable and reliable market for these technologies and the risks far outweigh the benefits of investment and market presence.”

Like many in the industry, the company recognises that the government cannot wait until the end of March 2012 to implement changes but Jackson believes that this still leaves a huge scope for adjustment and damage limitation if the government can be persuaded to accept a date such as the end of January.

Mitsubishi Electric is considered a leader in the renewable industry and has persistently promoted the case for cleaner energy and efficient use of existing and renewable energy.

“As a global manufacturer, we are willing to embrace the challenge of a revised tariff structure but such a change at such short notice will directly influence the scope, scale and level of participation of companies such as Mitsubishi Electric,” explained Jackson.

“Any loss of commitment or step change in our activities as a result of unreasonable context changes imposed by the government may ripple throughout the industry and when this confidence evaporates it will be extremely difficult to rebuild,” he ended.